The parents of a 24-year-old electrician fatally shot in the Tenderloin neighborhood spoke out about the unsolved 6-year-old case as the reward was increased to $75,000 for information about the suspected shooter.

San Francisco - Six years have passed since someone shot and killed 24-year-old Mitchell Warren while he was walking a friend home in San Francisco.

Police and his parents were out in the Tenderloin District bringing renewed attention to this unsolved homicide in hopes of finding new clues.

On Thursday, July 28, Warren's parents joined police on the day their son would have turned 30 years old.

They said it's getting more difficult as time passes with no answers and no arrest of the person who killed their son.

Police have increased the reward in hopes of solving this case.

"I'm looking for a little bit of peace of mind," said Lary Warren, Mitchell's father, as he addressed officers at the police station in the Tenderloin during the officers' afternoon briefing.

He asked for help in finding the person who killed his son. 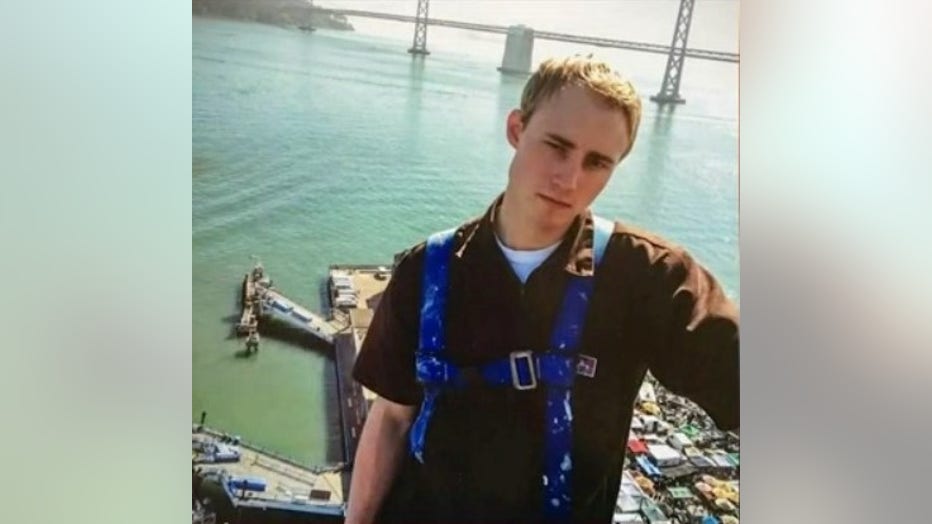 "I'm very angry about the fact that he had so much potential to go forward with his career, potential family," said Warren.

Mitchell was an electrician when he was killed in September 2016.

His parents said he had walked a friend home and was on Ellis and Polk streets.

"He was just trying to make sure a girl got home safe," said Monika Sokiloski, Mitchell's stepmother.

Police said Mitchell was shot by a man during an attempted robbery.

That suspect was captured on surveillance video walking in the area and riding on the handles of a bicycle soon after the shooting.

Police said they identified the person peddling the bike, but he told police he doesn't really know the suspect.

"Somebody knows this individual.  Somebody can ID him," Sgt. Jon Kasper as he spoke with officers and directed them to pass out flyers offering the new reward.

"You have no idea how much this means, "Warren said to officers as they left the police station armed with flyers to hit the streets.

Mitchell's parents said time has not lessened the pain of their loss and the fear of the case never being solved has grown.

"As time goes on, it kind of flickers away that maybe it's not going to get resolved," said Warren.

But never giving up their fight for Mitchell.

"Ideally in my mind's eye, that would be the perfect thing. Looking at them in a courtroom. Look across at them and seeing them prosecuted for it," said Warren.

The reward has been increased to $75,000 for information leading to the arrest and conviction of the man responsible for killing Mitchell Warren.

His parents said they can not rest until they get answers and justice.