A UPS worker was arrested on the job, accused of stealing from a package she had just delivered. The theft, caught on surveillance video, happened in Piedmont. The iPad that was stolen was intended as a Christmas gift.

OAKLAND, Calif. - A UPS worker was arrested while on her delivery route in Piedmont after she was seen on surveillance video forging a recipient's signature and stealing the contents from their package, authorities said.

Around 9:50 p.m. Thursday officers were called to a home on St. James Place for a report of a package theft captured on surveillance video.

The resident at the home told police, they ordered an Apple iPad through Amazon. The package was scheduled to be delivered by UPS and signed for.

Within three minutes of the delivery, the victim went outside to get the package and found that it was empty.

They reviewed their home surveillance video and witnessed the UPS driver's aide, wearing a reflective yellow vest, deliver the package, sign for it, and then remove the contents, police said. 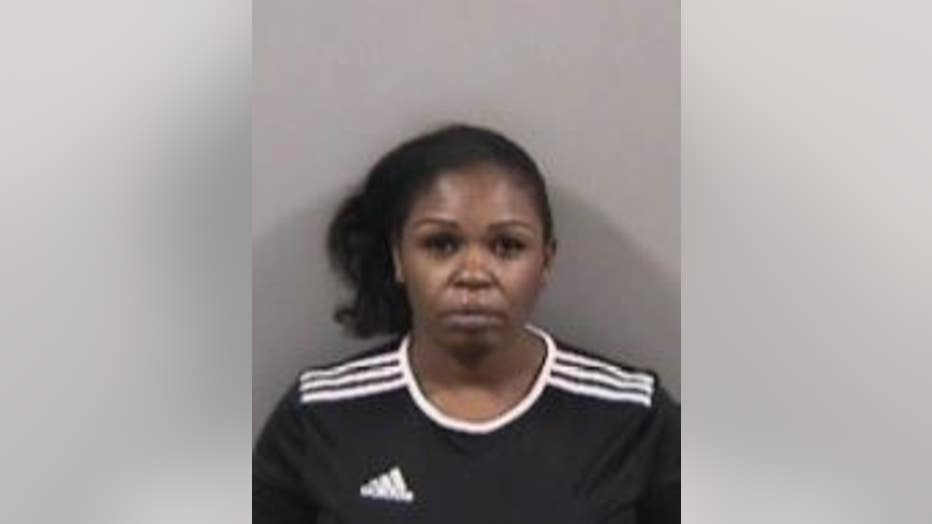 Unyque Alley, 40 of Oakland, was arrested Thursday for stealing the contents of a customer's package. (Piedmont Police)

"UPS hires aides to increase the efficiency of their package delivery, so there's a driver on the truck and then there's an aide with them and that aide is a seasonal worker for this high-volume time for UPS," said Capt. Chris Monahan with Piedmont Police Department.

Piedmont police and UPS were able to quickly identify the suspect as Unique Marie Alley, 40, of Oakland.

Alley was located while making her delivery rounds in Piedmont and arrested.

She was booked into the Berkeley Jail for petty theft and faces an additional charge related to signing for the package.

"It's a very close community so when like one of us is gone, we ask that somebody else can pick up our packages if we're not going to be here. I'm doing that for one of our neighbors right now," said Piedmont resident Stephanie Marshburn.

In addition to using a neighbor, police also recommend having packages delivered to secure places like officers, or drop boxes like those provided by Amazon.

The stolen iPad was intended as a Christmas gift. In this case they never got what they ordered .