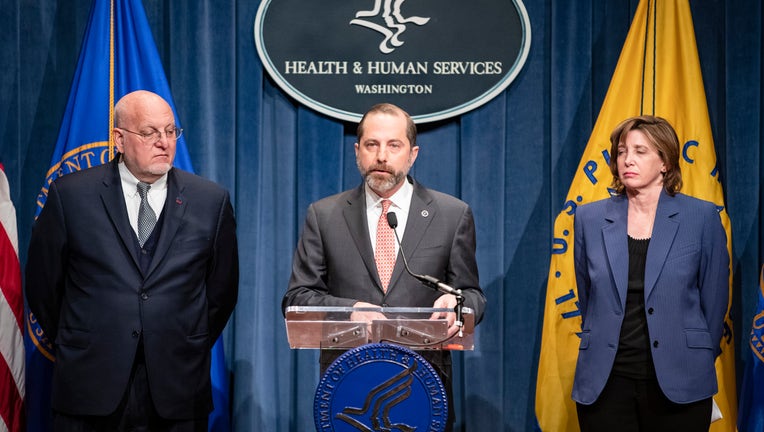 WASHINGTON - The United States on Friday declared a public health emergency because of a new virus that hit China and has spread to other nations.

Health and Human Services Secretary Alex Azar also announced that President Donald Trump will temporarily bar entry to the U.S. of foreign nationals believed to be a risk of transmitting the virus. The new restrictions begin Sunday afternoon.

“The risk of infection for Americans remains low and with these and our previous actions we are working to keep the risk low,” Azar said.

Americans returning from Hubei province, the center of the outbreak, will be required to undergo 14 days of quarantine. Others returning from elsewhere in China will be allowed to self-monitor their condition for a similar period.

The U.S. will also begin funneling all flights to the U.S. from China to seven major airports where passengers can be screened for illness.

The virus has infected almost 10,000 people globally in just two months, a troublesome sign that prompted the World Health Organization to declare the outbreak a global emergency. The death toll stood at 213, including 43 new fatalities, all in China.

The announcement came hours after the State Department issued a level 4 “Do Not Travel" advisory, the highest grade of warning, and told Americans in China to consider departing using commercial means. "Travelers should be prepared for travel restrictions to be put into effect with little or no advance notice," the advisory said.