WASHINGTON - Hate crimes reported in the United States rose to the highest level in 12 years, with a notable increase in such crimes motivated by race, ethnicity and ancestry, and by gender identity, data from the FBI's annual hate crime statistics report shows.

A total of 7,759 hate crimes were reported in 2020, a 6.1% increase from the year prior and the highest level reported since 2008. Hate crimes increased against both Black people and members of the Asian-American Pacific Islander community, the report shows.

The release of the FBI’s hate crime statistics data comes after a tumultuous year, which included a global pandemic that brought illness, death, lockdowns, and a devastated economy. The country also saw racial justice protests nationwide and endured a divisive presidential election.

"These numbers confirm what we have already seen and heard from communities, advocates and law enforcement agencies around the country. And these numbers do not account for the many hate crimes that go unreported," U.S. Attorney General Merrick Garland said in a statement.

"These hate crimes and other bias-related incidents instill fear across entire communities and undermine the principles upon which our democracy stands," Garland said in the statement. "All people in this country should be able to live without fear of being attacked or harassed because of where they are from, what they look like, whom they love or how they worship." 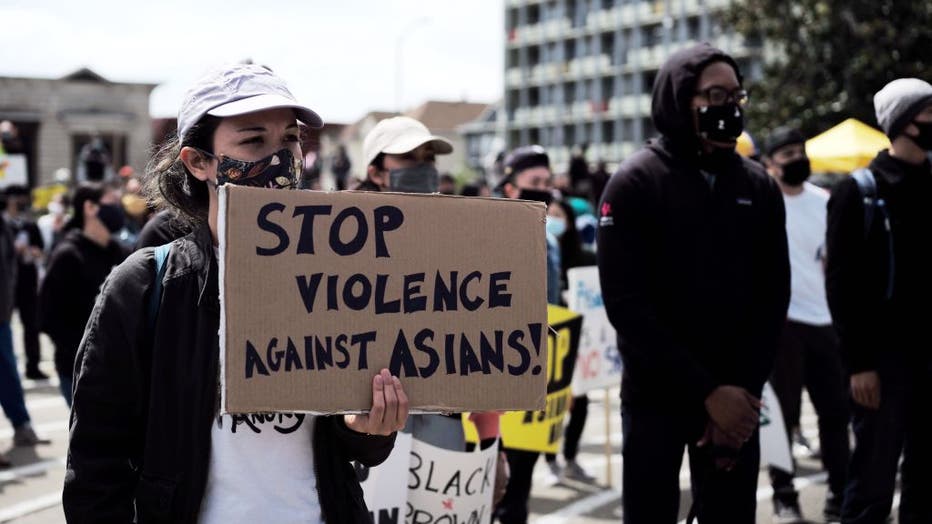 Since the coronavirus was first reported in China, people of Asian and Pacific Islander descent have suffered a wave of attacks. A recent report by Stop AAPI Hate, a national coalition gathering data on racially motivated attacks related to the pandemic, received 9,081 incident reports between March 19, 2020, and June 30, 2021. Of those, 4,548 occurred last year, and 4,533 this year.

Lawmakers, activists and community groups have pushed back, noting that such individuals have been treated as scapegoats solely based on their race, and countless social media campaigns, bystander training sessions and public rallies have taken place.

In May, President Joe Biden signed the bipartisan COVID-19 Hate Crimes Act passed in an effort to counter the spike in such anti-Asian offenses. The law expedites Justice Department reviews of hate crimes by putting an official in charge of the effort and makes federal grants available to help local law enforcement agencies improve their investigation, identification and reporting of bias-driven incidents — which often go underreported.