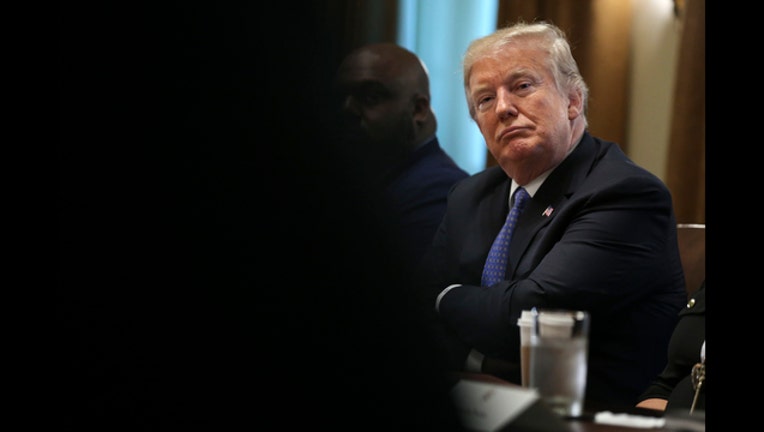 In a letter to Senate Democrats Thursday, John Bolton, the national security adviser, wrote: "President Trump has not and will not tolerate interference in America's system of representative government."

The warning to American adversaries came as top U.S. intelligence and homeland security officials raised alarms about potential efforts to influence the 2018 and 2020 elections. Homeland security chief Kirstjen Nielsen said: "Our democracy is in the crosshairs."

"We continue to see a pervasive messaging campaign by Russia to try to weaken and divide the United States," Director of National Intelligence Dan Coats said.

They, along with National Security Agency director Gen. Paul Nakasone and FBI Director Christopher Wray, appeared at the White House Thursday to try to reassure the American people they are doing everything in their power to address the threat.

"We're throwing everything at it," Coats said.

Nielsen, Wray and Nakasone had all gathered earlier this week in New York City with leaders of top finance, energy and telecommunications companies for a cybersecurity summit, where they spoke of the urgent need for a collective, collaborative approach to security.

At the event, Nielsen said the cyberthreat that now exceeds the danger of a physical attack against the U.S. by a hostile foreign group.