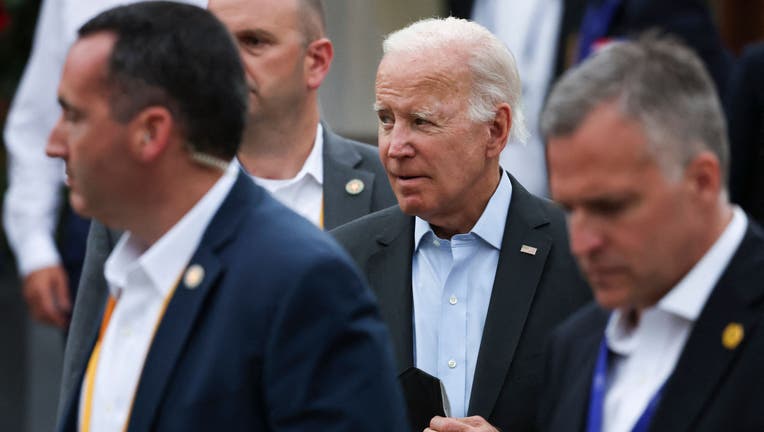 US President Joe Biden (C) attends the G7 summit at Elmau Castle, southern Germany, on June 27, 2022. - The Group of Seven leading economic powers are meeting in Germany for their annual gathering from June 26 to 28, 2022. (Photo by LUKAS BARTH / POO

CLEVELAND, Ohio - Senior Biden administration officials have quietly traveled to Caracas in the latest bid to rebuild relations with the South American oil giant as the war in Ukraine drags on, driving higher gas prices and forcing the U.S. to recalibrate other foreign policy objectives.

The delegation that arrived Monday in Caracas includes Ambassador James Story, who heads the U.S. government’s Venezuelan Affairs Unit out of neighboring Colombia, said a State Department spokesperson on the condition of anonymity so as not to interfere with diplomatic discussions,

It also includes Roger Carstens, the special presidential envoy on hostage affairs. The State Department official described Carstens' trip as a welfare visit focused on the safety of several U.S. citizens detained in Caracas, including a group of oil executives from Houston-based Citgo jailed more than four years ago.

It's unclear what else the U.S. officials are seeking to accomplish during the mission.

But it follows a surprise visit in March by the two men and Juan Gonzalez, the National Security Council director for the Western Hemisphere, that was the first White House trip to the county in more than two decades.

Since then, both the Biden administration and Venezuela's socialist government have shown a willingness to engage after years of hostilities between Washington and Caracas over President Nicolas Maduro's 2018 re-election, which was marred by irregularities.

First, Maduro freed two Americans as a goodwill gesture and promised to resume negotiations in Mexico with the U.S.-backed opposition.

The U.S. then renewed a license so that oil companies including Chevron can continue to operate in the OPEC nation, which has been under tight sanctions since 2019. Then earlier this month the White House lifted sanctions on a top Venezuelan official who is First Lady Cilia Flores' nephew.