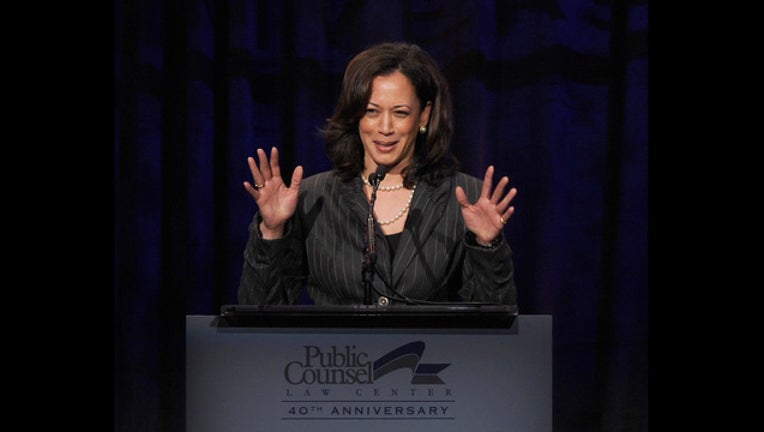 They also are longtime pals.

"It is an amazing journey Kamala and I have been on as friends going back decades," Newsom said.

He endorsed Harris in 2016 when she ran for the seat of retiring Sen. Barbara Boxer and both have the same political consulting firm, San Francisco-based SCN Strategies.

Newsom will "lead with courage," Harris said during a Newsom campaign stop at the University of Southern California.

Harris's endorsement of her fellow California Democrat was not surprising. Before he was lieutenant governor, Newsom was mayor of San Francisco and Harris was district attorney.

Still, the endorsement is a plum for Newsom, especially going into next week's California Democratic Party convention in San Diego. Harris is a rising Democratic star who was praised by then-President Obama and has been mentioned as a potential 2020 presidential candidate.

Newsom wants to replace his boss, Jerry Brown, who is in his last year in office. In addition to the endorsement, Newsom heads into the June 5 primary with more campaign funding than his rivals from both parties combined.

Figures released late last month show Newsom had nearly $17 million in the bank at the end of last year and another $3 million left from a prior campaign.

A recent poll had Newsom and Villaraigosa virtually neck-and-neck as the front-runners among likely voters.

Villaraigosa's campaign had no comment about the Harris endorsement on the ex-mayor's home turf.

Both have endorsements from powerful groups: Newsom from the 700,000-member Service Employees International Union California and Villaraigosa from the California Police Chiefs Association and the Peace Officers Research Association of California.

Democrats are favored to keep control of the governor's chair, in the state where the party holds every statewide office and controls both chambers of the Legislature by hefty margins. Democrats also count a 3.7 million edge in voter registrations.