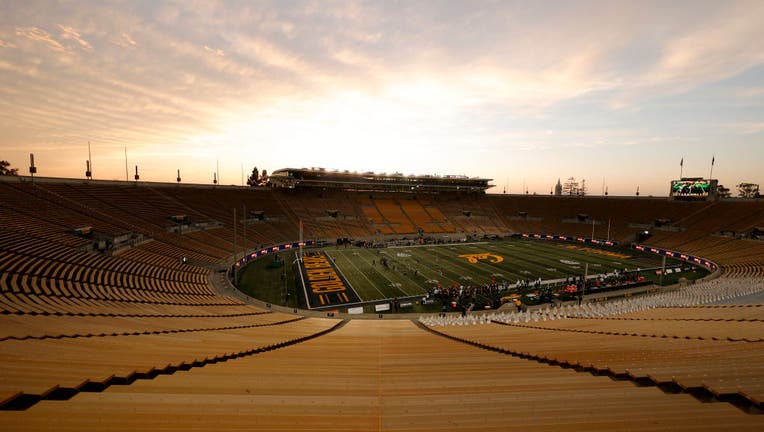 BERKELEY, CALIFORNIA - DECEMBER 05: A general view during the California Golden Bears game against the Oregon Ducks at California Memorial Stadium on December 05, 2020 in Berkeley, California. (Photo by Ezra Shaw/Getty Images)

BERKELEY, Calif. (KTTV) - USC's football game against Cal on the road has been postponed due to a COVID-19 outbreak.

The outbreak involves student-athletes from the Bears, according to a release from Cal athletics.

Tuesday's announcement adds to USC's nightmare football season. The Trojans entered this week with a 4-5 record – which is well below the program's standards – and had fired head football coach Clay Helton earlier in the season.

Teams are working to reschedule the conference showdown for later this season.