NEW YORK (AP) - For the second time in a week, a federal judge said a nationwide order is necessary to ensure mail for November's election is delivered on time, and he is threatening to demand weekly updates on efforts by the U.S. Postal Service to process election mail.

On Monday, U.S. District Judge Victor Marrero in Manhattan largely sided with several people across the country, including candidates for public office, who claimed in a lawsuit that President Donald Trump, the Postal Service and the new postmaster general were endangering election mail.

“The right to vote is too vital a value in our democracy to be left in a state of suspense in the minds of voters weeks before a presidential election, raising doubts as to whether their votes will ultimately be counted,” Marrero said. He ruled after conducting a hearing Wednesday.

Officials at the Postal Service are reviewing the ruling, spokesperson Marti Johnson said in a written statement.

“There should be no doubt, however, that the Postal Service is ready and fully committed to handling expected increased volumes of Election Mail between now and the conclusion of the November 3rd election,” the statement said. “Our number one priority is to deliver the nation’s Election Mail securely and in a timely fashion.”

Last week, U.S. District Judge Stanley Bastian in Yakima, Washington, ordered an end to postal practices nationwide that slowed mail delivery since July, saying 14 states had made a “strong showing” that the Trump administration was using the Postal Service “as a tool in partisan politics.”

Marrero's 87-page ruling was more specific than Bastian's 13-page order as he cited public statements, including from Trump, to explain why he can't trust government assurances that new policies hampering mail delivery had been fully suspended. 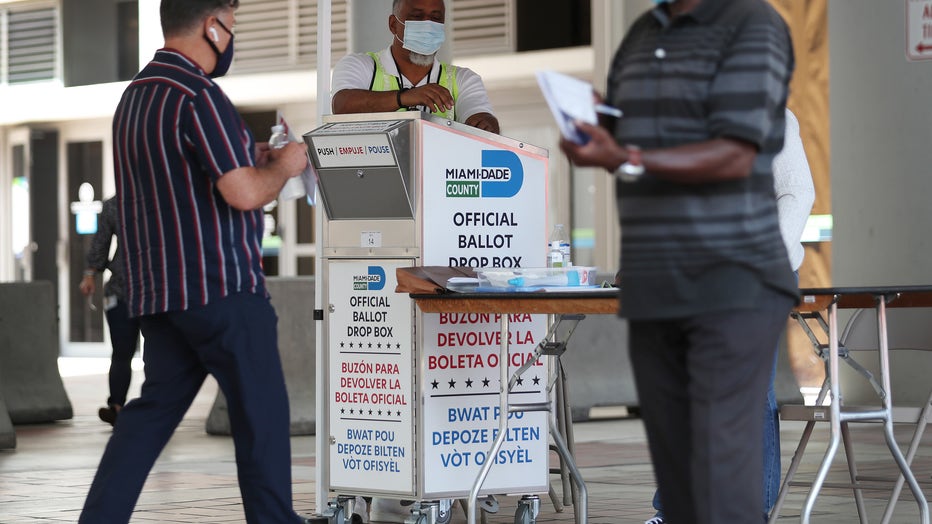 “Substantial evidence indicates that the supposed rollback of the challenged practices is either unenforced and not yet fully implemented or possibly insincere,” Marrero said. “The controversy Plaintiffs raise remains very much alive."

He said Trump, Postmaster General Louis DeJoy and the Postal Service “have not provided trusted assurance and comfort that citizens will be able to cast ballots with full confidence that their votes would be timely collected and counted.”

Instead, he said, their actions have given “rise to management and operational confusion, to directives that tend to generate uncertainty as to who is in charge of policies that ultimately could affect the reliability of absentee ballots, thus potentially discouraging voting by mail.”

“Conflicting, vague, and ambivalent managerial signals could also sow substantial doubt about whether the USPS is up to the task,” he said.

Marrero cited “a stunning lack of uniformity and a high level of confusion at various points in the USPS hierarchy regarding the standards to be followed by USPS employees on the ground.”

“The Court is left with little reason to believe that the USPS policy and operational picture will be any clearer for postal employees as the November election approaches,” he added.

Researchers and U.S. election officials say that voting by mail does not lead to massive voter fraud.

Marrero gave both sides until noon Friday to settle the case in a manner consistent with his findings.

If they fail, Marrero said, he will impose an order that requires weekly reports to himself and the plaintiffs and ensures postal workers can make late and extra delivery trips, as well as work overtime from Oct. 26 through Nov. 6.

The judge rejected the U.S. government's claims that the court case does not involve the counting of votes.

“There is simply no reason for the Court to ignore the severe reality that the country is in the middle of a deadly pandemic, that only five states require an affirmative excuse for citizens to vote by mail, and one state (Oregon) conducts elections entirely by mail,” he said.

The controversy regarding delivery arose this summer as many more voters prepared to vote by mail this November because of the coronavirus pandemic. DeJoy, a major donor to Trump and the GOP, imposed cost-cutting changes that he later said he suspended. Lawsuits followed.