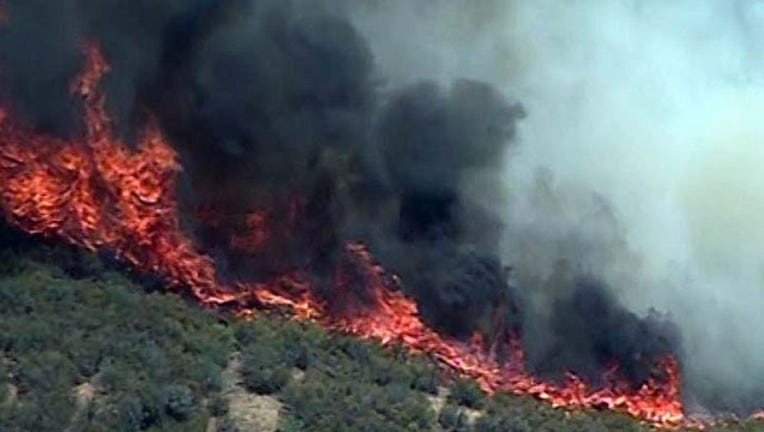 VACAVILLE, Calif. (BCN) - There have been no reports of any injuries Tuesday morning from a vegetation fire that has burned 150 acres since it began Monday morning in a remote area near Vacaville, according to Cal Fire.

Firefighters received a report of the fire at 10:47 a.m. near Mix Canyon Road and Sky Ranch Lane, a Cal Fire dispatcher said.

As of 5 a.m. Tuesday morning, the fire, which is being called the Sky Fire, has been 60 percent contained, according to the dispatcher.

The fire is threatening ten to 12 nearby homes and voluntary evacuations are in effect, according to fire officials.

The fire appears to have started when a vehicle caught fire and investigators are now looking into what caused the vehicle fire, Cal Fire said.

Firefighters from Vacaville, Dixon, Fairfield, Suisun City and Cal Fire are all assisting to put out the fire, according to fire officials.