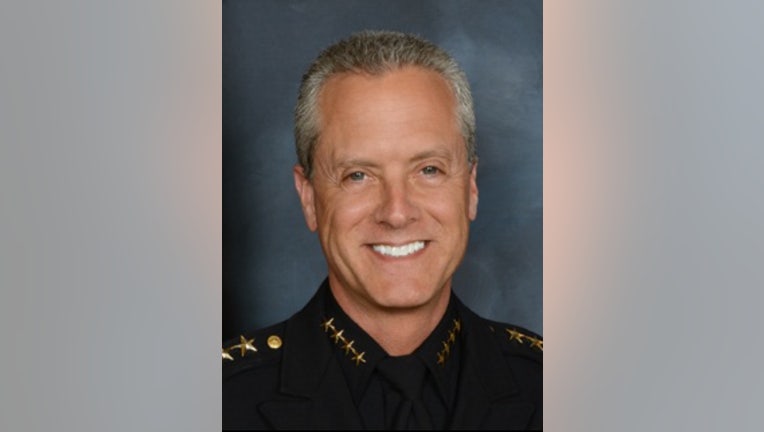 VACAVILLE, Calif. - Vacaville Police Chief John Carli will retire this spring after 32 years with the department.

Carli announced Friday that he'll officially leave the force on Aril 16 but will stop working on Tuesday, when he'll start using up some of his accumulated leave time.

Captain Ian Schmutzler will take over for Carli until an interim police chief is selected, police officials said.

Carli started his career with the department in 1989 as a patrol officer working with a K-9 partner.

Over the years, he was promoted through the ranks and has worked as a field training officer, detective and a supervisor for patrol teams, the Critical Incident Negotiation Team, the K9 Unit, firearms instructors and the Office of Professional Standards.

In 2010, Carli was promoted to lieutenant and led the department in the early adoption of body-worn cameras.

In 2016, he was invited to the White House to meet with President Barack Obama "in the wake of national high profile policing events and civil unrest," police officials said in a news release Friday.

"Vacaville has been very well-served by Chief Carli for over three decades," said Vacaville Mayor Ron Rowlett. "Chief Carli lives in our community, actively volunteers for a variety of causes, and has led our Police Department with honor. I have no doubt that he will continue to serve Vacaville well into the future."

Carli is a member of the National Police Foundation, the California Police Chief's Association and the California Attorney General's Advisory Committee.

"It has been my honor to serve Vacaville all these years. I am thankful for having the privilege to work alongside the finest police officers and professional staff in what is truly an incredible community. I will sincerely miss being with such incredible staff," Carli said.