A staff member at Vallejo High School was shot Tuesday afternoon after breaking up a fight outside campus, police said.

VALLEJO, Calif. - An assistant football coach at Vallejo High School was shot Tuesday afternoon after breaking up a fight outside campus, police said.

Sources have identified the coach as Joseph Pastrana, defensive coordinator for the football team.

Pastrana was struck by at least one bullet and suffered a non-life-threatening injury, authorities said. He was taken to a local hospital. Police did not identify Pastrana by name.

According to the Vallejo Police Department, officers responded to the area just before 4 p.m. and determined that several students had been fighting with an unknown group when a staff member intervened and broke up the squabble.

"Some of the involved subjects fled the area in a dark-colored sedan while shooting back towards the remaining group," the police department said in a news release. So far, there have been no arrests.

Authorities said the school was placed on lockdown, but it was later lifted after the area was rendered safe.

At the time of the altercation and shooting, there was a college fair and three classes in session. There were also 200 student-athletes on campus. 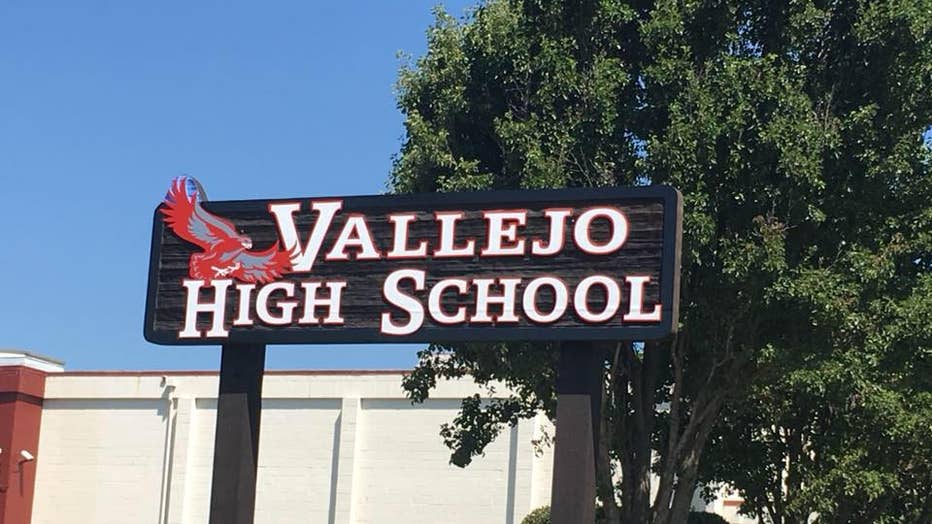 Officers are working to determine a motive and the circumstances leading up to the shooting.

Vallejo's Chief of Police Shawny Williams praised the coach for his bravery.

"We have a courageous staff member who came out here to protect children and potentially he saved a child's life," Williams said.

Video shared with the Vallejo Crime and Safety blog captured the chaos that broke out while the coach tried to break up the fight.

Williams described the men who showed up in front of the school as outsiders. The chief said the shots were fired from the car.

"It's a tragedy any time a shooting happens in front of a campus. I believe this is an act committed by people who do not value human life," Williams said.

A school district employee has spoken to Pastrana's family.

"The fact that it's not life-threatening injuries and that he'll be OK…and they're grateful," District Superintendent William Spalding said.

School administrators said Vallejo High will be open on Wednesday with an increased presence from Vallejo police.