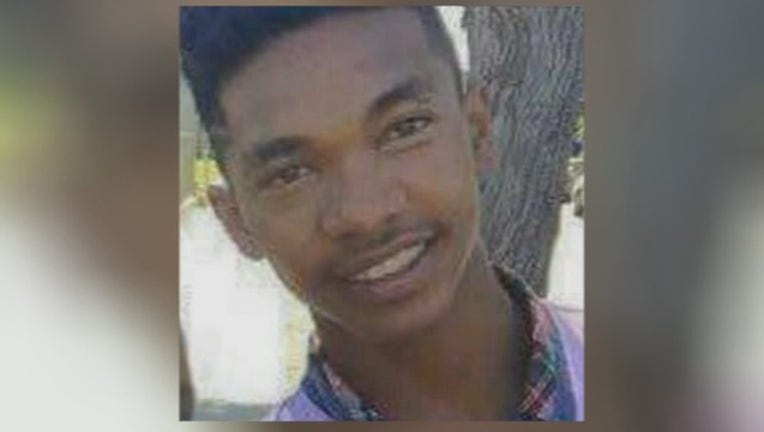 A Vallejo man was convicted of first-degree murder on Wednesday for his role in the fatal shooting in 2015 of a 17-year-old boy who an Oakland city councilwoman considered to be her grandson.

OAKLAND (BCN) A Vallejo man was convicted of first-degree murder on Wednesday for his role in the 2015 fatal shooting of a 17-year-old boy who Oakland City Councilwoman Lynette Gibson McElhaney considered to be her grandson.

Jurors deliberated for less than two full days before finding Shiheim Johnson, who was 19 at the time and is now 22, guilty in connection with the shooting death of Torian Hughes in the 900 block of Mandela Parkway in West Oakland at about 1:40 p.m. on Dec. 20, 2015.

After the verdict, which was read in a courtroom guarded by six bailiffs, Hughes' mother Audrey CandyCorn, who was raised by Gibson McElhaney, said, "My son is dead, the trigger was pulled and somebody has to pay the price."

But CandyCorn said, "There is no real justice" because her son is still dead and Johnson will now have to serve a lengthy state prison sentence.

CandyCorn also said, "I'm grieving" because Gibson McElhaney's 21-year-old son Victor McElhaney, who she considered to be her brother, was fatally shot in Los Angeles in what police said was a botched robbery.

CandyCorn said, "Victor died from one single gunshot just like Torian did."

Gibson McElhaney had attended every day of Johnson's trial since it began on Feb. 19 but has been absent this week because she's been in Los Angeles to deal with her son's death.

In addition to murder, Johnson was convicted of second-degree robbery and two counts of unlawfully possessing a gun, as he had a prior conviction for robbery in 2012 and wasn't supposed to own one.

Another person, a teen, allegedly was the one who shot Hughes and is being prosecuted separately in the juvenile court system.

Although Johnson didn't pull the trigger, jurors convicted him of first-degree murder because they found that he was a major participant in the shooting and acted with reckless indifference to human life.

Alameda County prosecutor Tim Wagstaffe said in his closing argument on Monday that Johnson and a boy who was 15 at the time had "a harebrained idea to commit an armed robbery" but it went wrong and led to the fatal shooting of Hughes.

Wagstaffe said Hughes wanted to buy a gun from the 15-year-old and Johnson because he had recently been assaulted on BART and felt that he needed to protect himself.

Wagstaffe alleged that Johnson pointed a gun at the head of Hughes' cousin, Joe Billy Green, who was with Hughes, took a cellphone and cash from him and then directed the 15-year-old boy to shoot Hughes.

Johnson's attorney Omid Khalilnaji told jurors that they should find Johnson not guilty because he believes Green's identification of Johnson as the man who robbed him and ordered the 15-year-old to shoot Hughes is unreliable.

CandyCorn said Hughes "was not a violent kid" but wanted to get a gun because he had been assaulted several times, including a few days before the shooting.

She said, "The last time he was assaulted it was just too much."

CandyCorn said that since her son's death she has dedicated her life to trying to prevent gun violence.