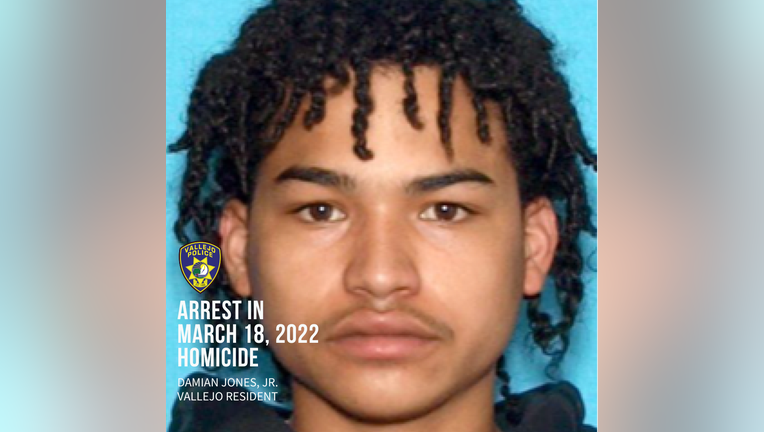 VALLEJO, Calif. - Vallejo police arrested a 19-year-old suspect in relation to the fatal shooting of La Prell Briggs in March.

The suspect, Damian Jones Jr. of Vallejo, was arrested at a traffic stop on 118 Peach Street, after police acquired a warrant for his arrest, authorities said.

Jones Jr. was booked into the Solano County Jail on $41,667 bail. He was charged with four felonies, including murder and weapons violations.

The victim, Briggs, was a 49-year-old Vallejo resident. He was shot March 18 in the 300 block of Pepper Drive in Vallejo, and was pronounced deceased at the local hospital.

This investigation, which marks Vallejo's eighth homicide this year, is ongoing.