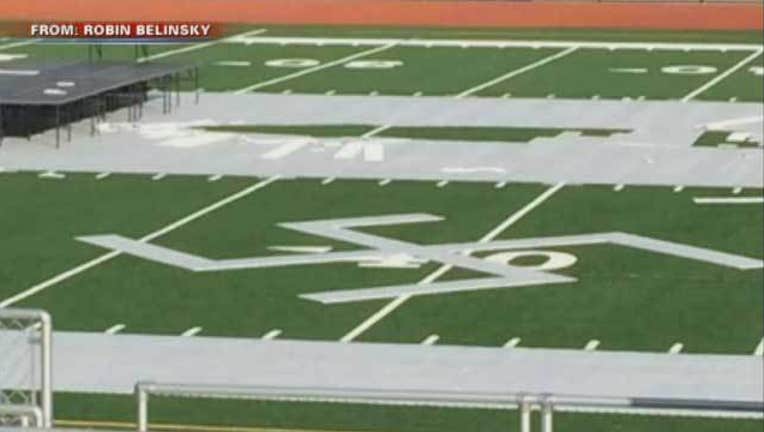 SOUTH SAN FRANCISCO, Calif. (KTVU) -- Residents and police in South San Francisco said they are dismayed and disgusted by a recent act of vandalism at a school in their community.

Someone created a Nazi swastika in the middle of the football field at El Camino High School.

It was spotted after last weekend's graduation ceremonies.

The vandal or vandals formed the swastika from tiles that snap together to protect the turf. School officials said they were grateful it didn't leave a lasting mark.

Robin Belinksy, the Brisbane woman who provided a photo of the vandalism, told KTVU she hopes it was just disrespectful kids and said it's not acceptable.