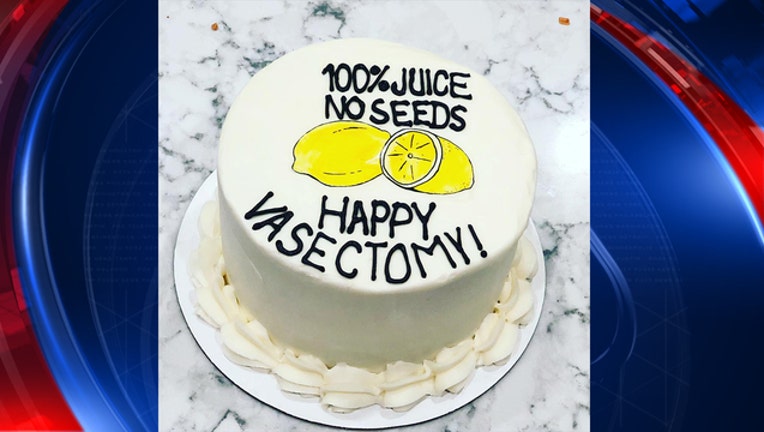 NASHVILLE, Tenn. (FOX 10) -- A Tennessee bakery is getting some out-of-state attention because of a rather unusual cake it made for a client.

Signature Desserts posted a photo of a so-called "Vasectomy Cake" on its social media pages earlier in March. The photo features a halved lemon and a whole lemon, along with the words "100% juice", "No Seeds", and "Happy Vasectomy!".

On the social media posts, the store's owner wrote the store makes cakes to celebrate "any occasion". A Facebook user who claims to have ordered the cake said the person the case was meant for "loved it". The store responded, saying it was definitely one of the most unique and fun cakes they have done.

Perhaps coincidentally, A report from Cleveland Clinic released in February shows Vasectomy requests peak during March Madness, making it a popular time of the year to get the procedure. According to the report, many men plan to get the procedure during the week of the NCAA basketball tournaments, so that it will allow them to binge-watch basketball as they recuperate.

The same Cleveland Clinic report shows about 50 million men in the U.S., or about 5% of all married couples of reproductive age, have had vasectomies.