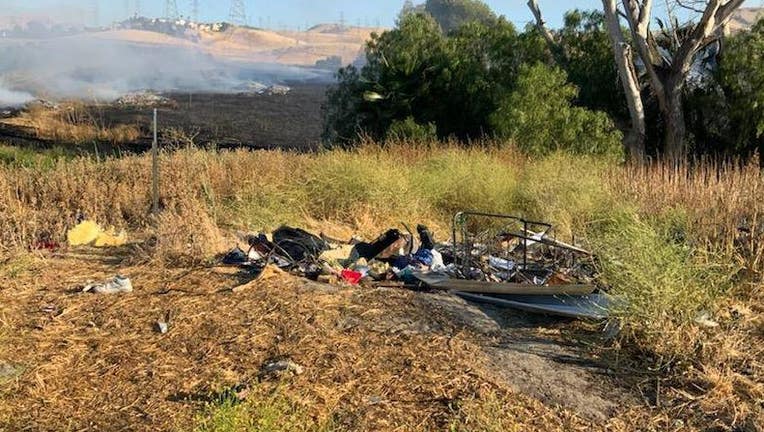 Investigators say a grass fire in Pittsburg started at a homeless encampment.

SAN FRANCISCO - Investigators say a grass fire in Pittsburg on Tuesday began at a homeless encampment. Firefighters are in the ‘mop-up’ stages after responding to the vegetation fire.

Cal Fire said forward progress was stopped after they assisted Contra Costa County Fire Protection District with the 15 to 18-acre fire in the vicinity of Golf Club Road. The agencies have labeled the incident with the hashtag ClubInc.

The fire was first reported on social media just after 6 p.m. Homes were threatened, fires burned in some yards, and some homeowners began to voluntarily evacuate. Within half an hour, firefighters appeared to be making good progress on the fire.

Contra Costa Fire Protection District said in an update that more than 75 fire personnel responded to the three-alarm fire.

People are being advised to use caution when driving near the incident or avoid the area. 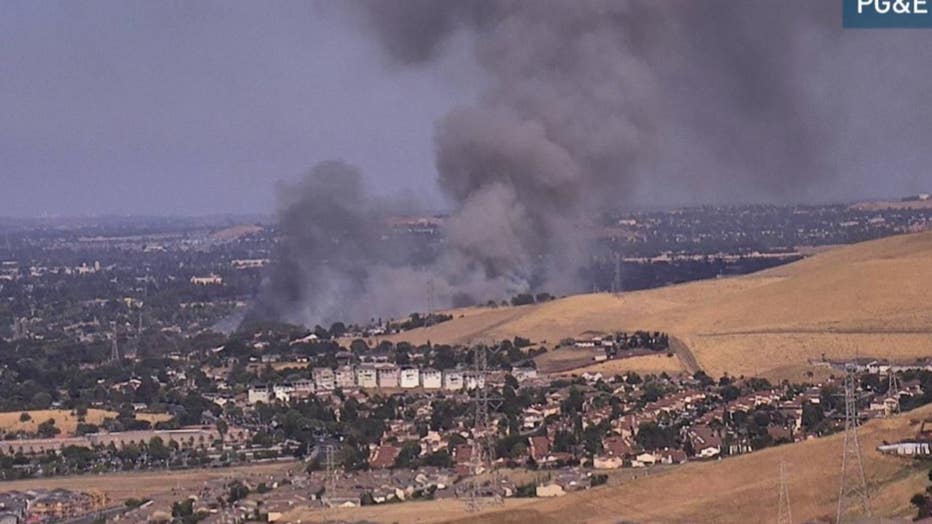 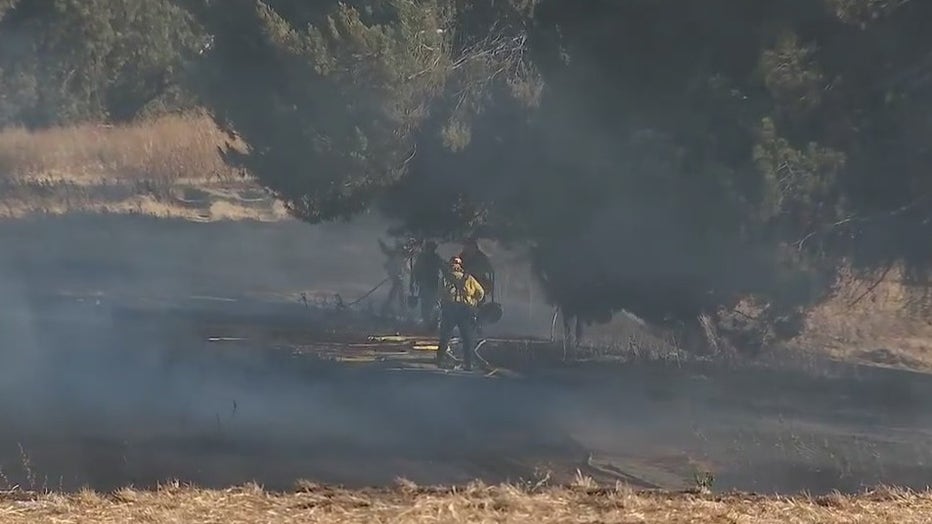