The injured parties were both adults who were taken to a local hospital for minor injuries.

Photos from a Facebook group page called Alameda Peeps, shows an SUV partially on the sidewalk and inside a tent on the street. 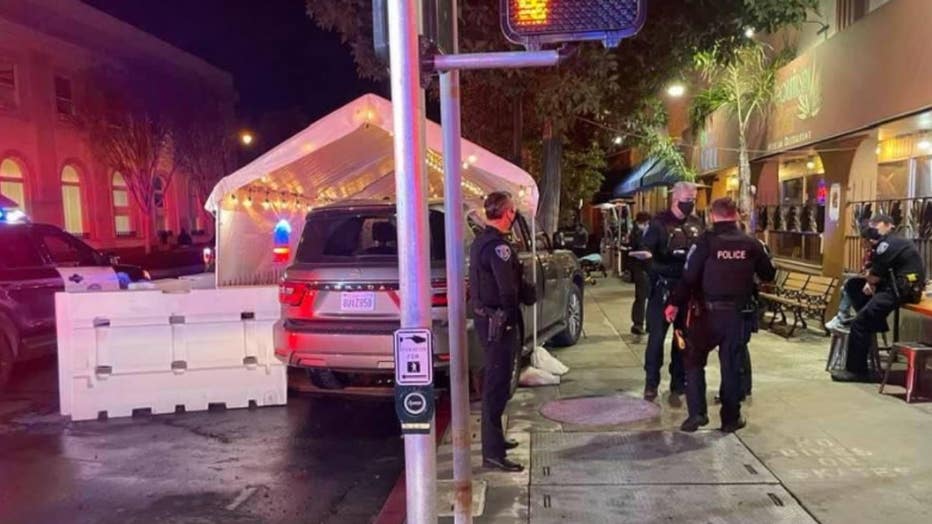 A caption on one of the group's photos said the vehicle plowed into people and tables.

Police said the driver was making a left turn but veered into some water filled barriers that were blocking the outdoor dining area.

A police presence was at the scene. A tow truck had arrived to remove the SUV. It is not clear if drugs or alcohol were a factor in the crash. 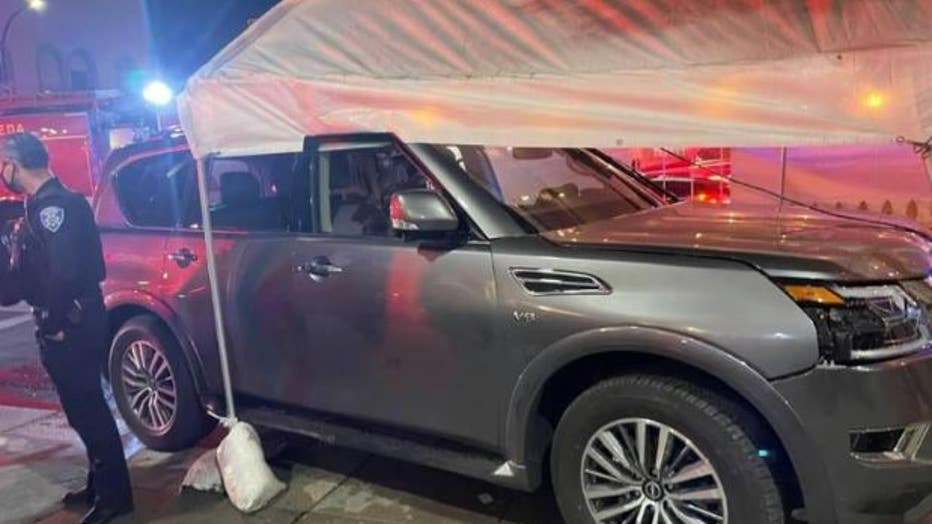