"I must say, me and the other researchers, we did not expect it. We thought that, naturally that when you go low, at some point it would level off. Still, a problem but at least the decline would be less steep. And the opposite happened. I must say that this is very worrisome," Dr. Hagai Levine, a professor of epidemiology at Hebrew University and principal investigator of the study said.

Global average sperm count and quality are declining more rapidly than previously believed, according to a recent study.

Researchers from Israel compiled data from studies across the globe between 1973 and 2018 and found that there was a 62% decline in sperm quality overall but that rate of decline accelerated significantly after 2000.

"I must say, me and the other researchers, we did not expect it. We thought that, naturally that when you go low, at some point it would level off. Still, a problem but at least the decline would be less steep. And the opposite happened. I must say that this is very worrisome," Dr. Hagai Levine, a professor of epidemiology at Hebrew University and principal investigator of the study said. 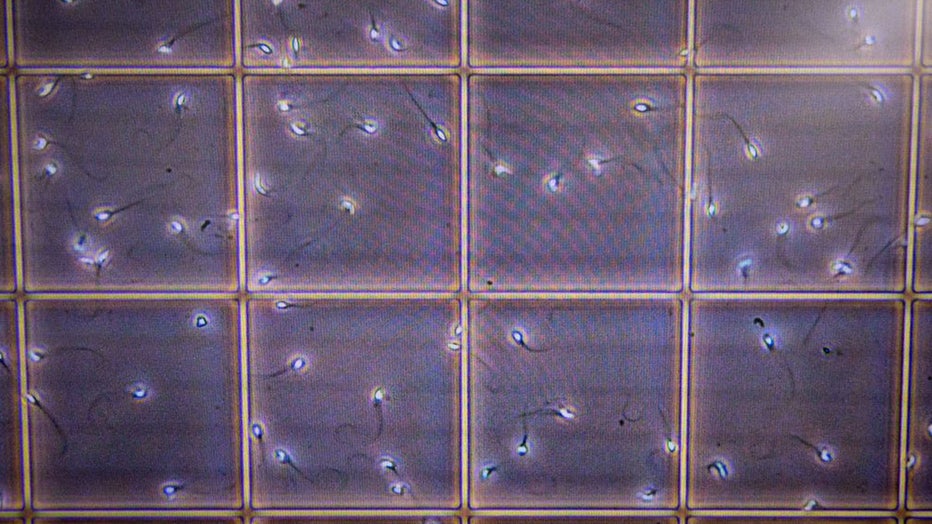 While this study was focused more on global trends of sperm quality and quantity, Levine noted that data from previous studies did highlight chemical pollution, a mother’s health while pregnant, and poor overall health as some of the factors impacting the decline of global sperm health.

"In general, we can divide them into two parts. One is exposure in the fetal period, when men were in utero, in his mother’s womb. And then any exposure to chemicals such as plastic additives, phthalates, all add to the stress of the mother, or smoking of the mother could harm development and later on can be manifested as lower sperm count," Levine suggested.

"Usually, life habits that are bad for your health are also bad for sperm. It includes marijuana and tobacco smoking, lack of physical activity, exposure to chemicals such as pesticides and poor diet, mainly an ultra-processed food diet," Levine continued.

Researchers looked for factors that would specifically impact a man’s hormone balance and Levine noted that plastics were a major issue as well as a "fossil fuel economy" that the world so heavily depends upon now.

"More than that, we know that sperm count is an important marker of men’s health. We know from studies that men with poor semen quality are more likely to die prematurely, to suffer from other diseases, to be hospitalized for different reasons, including cardiovascular problems," Levine said.

Levine believes that the rapid pace at which the quality of male sperm is declining is concerning and needs to be something that is addressed now, even if the world just recently reached a population of 8 billion people.

In the U.S. alone, birth rates fell 4% in 2020, the largest single-year decrease in nearly 50 years, according to a government report released in 2021.

The rate dropped for moms of every major race and ethnicity, and in nearly every age group, falling to the lowest point since federal health officials started tracking it more than a century ago.

Sperm counts alone, however, are not a great indicator for infertility because they need to be considered in the context of a couple — namely, how they interact with the egg and female reproductive tract, according to The New York Times.

Sperm also grows from stem cells in the testes, but the development can take around two months, so one sperm count is only a "snapshot" in time, The Times also noted.

"We manufacture thousands of chemicals that many of them have adverse effects on us and some of them are forever chemicals, and that’s the number one problem that we need to address," Levine suggested.

Public health should be at the forefront of how companies conduct their business, Levine said.

"Nowadays, health is not the main consideration. And that is the key issue. If the burden of proof was on the company before they manufacture, they need to show that these are not harming people," Levine said.

But more research on what specifically is causing this rapid decline is needed, Levine added.

"So if we don’t identify the causes and we don’t mitigate them, I am afraid that sooner than we expect, we may have a huge problem, not only of fertility but of health in general," Levine stressed. "We disrupt the ecosystems on Earth and it may be irreversible. So I think we should wake up and start doing something about this.

"We also need to study more, what is harming male reproduction because I must say, we neglected male reproduction," Levine said. "On a personal level, many people neglect it and are unaware of the problems, and on a national and international scale, we simply don’t study enough what are the causes of poor sperm count."