But, at least four of the 52 tasks necessary for police to comply are still outstanding, Burris said.

Even after police comply with the remaining tasks, they must sustain compliance for a year to be removed from oversight.

"A lot of good work has been done," Burris said, and police have made progress.

African Americans are not being handcuffed like before when police were handcuffing Black people and not white people, Burris said.

Police can't beat a person into submission, he added, and people are not being strip-searched in public.

"We've had a lot of positive pluses here," he said.

Federal oversight began in 2003 following a civil rights case in 2000 by 119 Oakland citizens over police misconduct. Four officers known as the Riders, allegedly beat Oakland residents, made false arrests, and planted evidence on them.

"We have a cautious optimism that the Department can enter the final stages of this long process," federal Monitor Robert Warshaw wrote in his latest report on the oversight.

Among other things, Warshaw said, "Robust and comprehensive reviews of uses of force are of paramount importance.

"Addressing internal and external disparities, be they who is stopped, and why, or who is disciplined, and who is not, should help lay the foundation for sustainable reform," Warshaw said.

"I do want this to end," Burris said.

The case has gone on much too long, according to Burris, who said it should have lasted no more than seven years.

He is pleased that police stops on African Americans have gone down overall, but more can be done and data on stops per-capita are concerning.

Former OPD chiefs to call for end to federal oversight

ormer police chief Anne Kirkpatrick, who was fired by the Oakland Police Commission two weeks ago, and Howard Jordan are planning on releasing more information regarding the federal oversight program the police department has been under for 17 years later on Thursday. Cristina Rendon reports

Attorneys are using data on police stops to see out if racial profiling is occurring, Burris said.

Police shootings have gone down and nearly non-existent, but arrest disparities still exist, Burris said. Also, police are not activating their body-worn cameras in a timely manner, he said.

His biggest criticism is about the pace of internal affairs investigations, which are supposed to be completed in 180 days.

He also has some concern about the consistency of discipline. asking the question if African American officers being disciplined more frequently than white officers. Because officers compete, and discipline affects an officer's entire career, he said.

He and other attorneys on the case want to begin discussions around where the Police Department is with compliance, what can be done to get there and how to get there.

"I'm cautiously optimistic about our court appearance yesterday," Armstrong said Thursday during a news conference about ongoing violence in the city.

"I feel like we are making progress with our negotiated settlement agreement," he said, adding that last month police came into compliance with three more tasks.

Numerous organizations and several city officials on Tuesday called for an independent civilian committee to oversee the Oakland Police Department.

But, he said, police have a lot more work to do.

"They have not completed their court-ordered negotiated settlement tasks," Brooks said. They continue to lie through their teeth, including about violence towards Oakland's youth. The community should decide when this oversight ends -- and right now we're saying NO."

But, like others, Oakland Mayor Libby Schaaf said, "I'm cautiously optimistic and really want to congratulate the department for such hard work," Schaaf said about the possibility that oversight will end.

She said it has been a community effort to reform policing in Oakland. 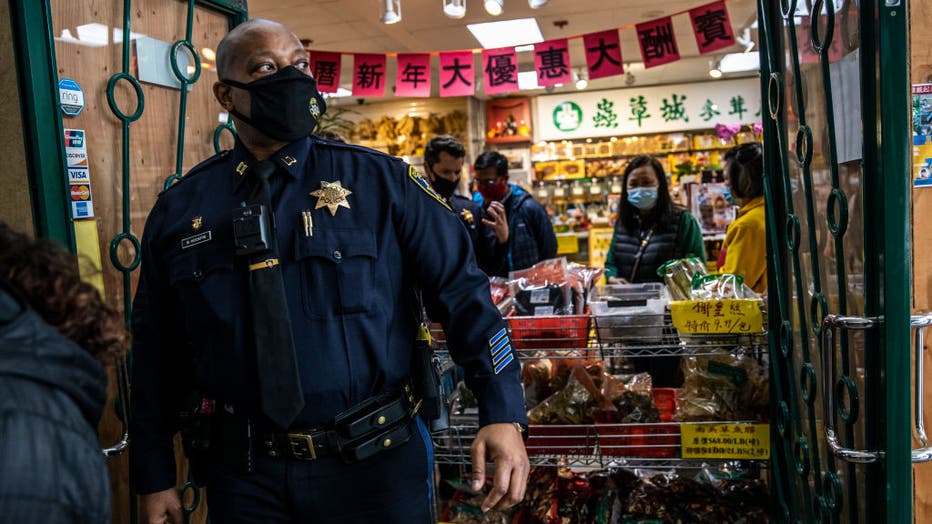