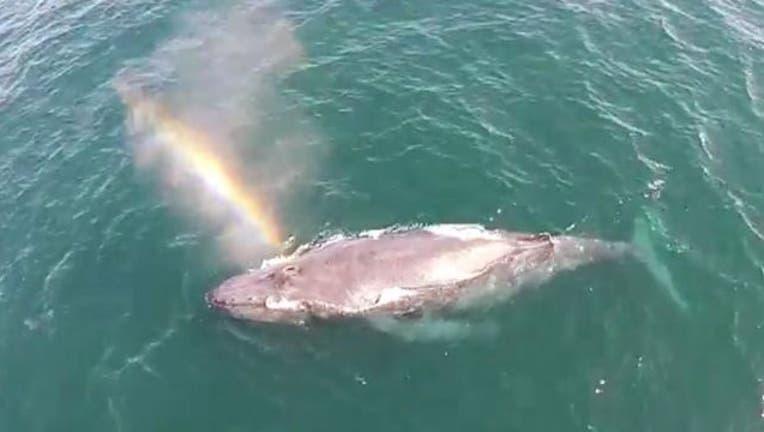 FoxNews.com -Witnessing a whale breach is lucky enough, but one person captured a once-a-lifetime moment on film of a large sea mammal performing a little magic with light.

While sailing with off the coast of Newport Beach, California, this footage was captured of a humpback whale blowing rainbows from its blowhole with an aerial camera.

The video , posted to YouTube by MGmedia, says captain Royce Hutain steered the boat while two others captured the shot.

The allusion worthy of a fairy tale is created by the whale’s water spray passing through the sun’s rays which reflect a spectrum of light—but the scientific explanation isn’t asexciting  as imagining a magical whale living under the sea.

Take a look at the mesmerizing footage filmed on July 5.