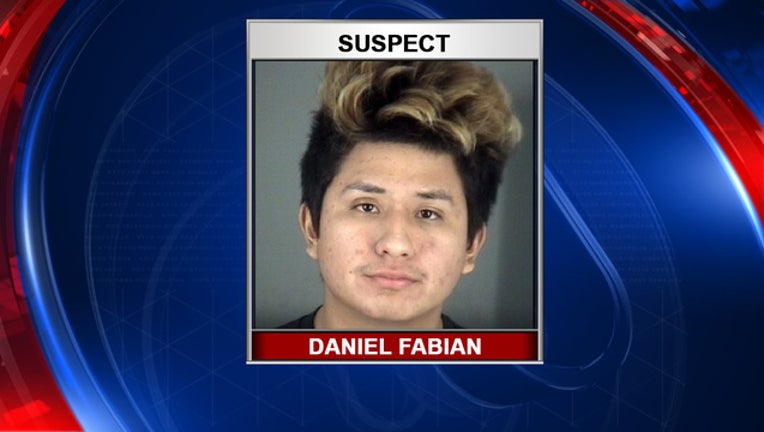 NEW PORT RICHEY, Fla. (FOX 13) - Deputies say a New Port Richey video gamer has now been arrested for taking a break from his game to rape a teenager earlier this year.

According to his arrest affidavit, Daniel Enrique Fabian was playing Grand Theft Auto from his New Port Richey home with at least one other online player back in late June.   Fabian, 18, allegedly told the other player that he was going to take a break to “smash” a 15-year-old girl who was at his house.

The other player, who was not named by investigators, reported that Fabian dropped off of the game but left his PlayStation 4 microphone on.  Through that mic, the player heard the girl cry out in distress and say “no,” then 15 minutes later, Fabian hopped back onto the game and began playing again.

The girl told investigators that during those 15 minutes, Fabian put his hand over her mouth and forced her to lay down on his bed, where he raped her.

A medical exam supported her claim and DNA tests eventually identified Fabian as the suspect.

Fabian was charged Wednesday with lewd and lascivious battery on a victim between the age of 12 and 15.