SAN PABLO, Calif. - San Pablo Police Department are investigating a shooting that happened this past July where a vehicle with multiple occupants drove up to another vehicle and fired upon the driver.

Police have since obtained surveillance video of the incident and released it on Friday.

The incident happened on the afternoon of July 1, at 4:42 p.m. on the 3500 block of San Pablo Dam Road. Officials said the driver was the sole occupant of the vehicle that was fired upon. The unidentified driver suffered serious injury as a result, but survived.

San Pablo police said they had no information to indicate the shooting was gang related. 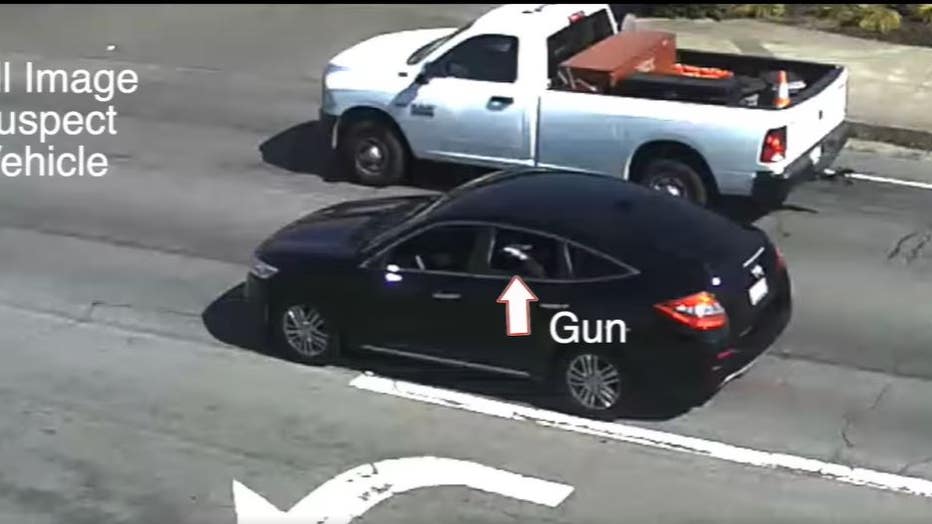 The video shows the two vehicles driving in opposite directions along a busy thoroughfare. A slowed down version of the video shows when the suspect vehicle passes the victim, the car slows to a near stop and a backseat passenger aims a gun out the window and fires upon the victim.

The suspect vehicle is believed to be a late-model Honda Crosstour. Police said detectives are still trying to identify the vehicle and the occupants involved.

Anyone with information about this shooting or those involved should call police detectives at (510)215-3150. Callers can remain anonymous.