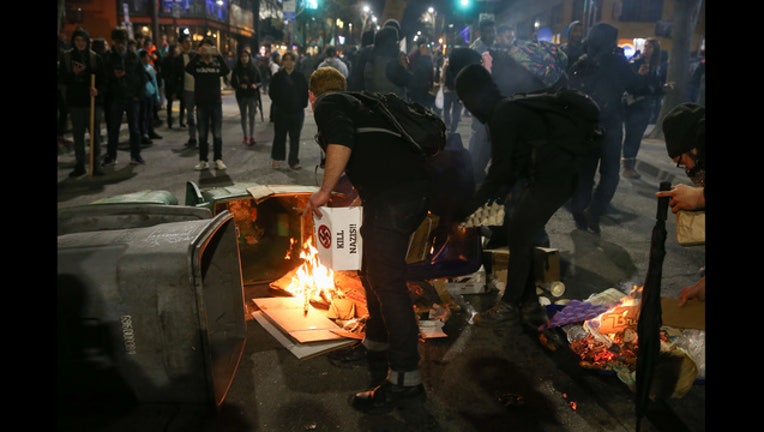 STANFORD (BCN) - Inspired by protests last year in Berkeley and Charlottesville, Virginia, research published by a Stanford University professor this week found that protesters who become violent can end up increasing support for the people they're protesting against.

The paper by Stanford sociologist Robb Willer with co-authors Brent Simpson from the University of South Carolina and Matthew Feinberg of the University of Toronto was published Thursday in "Socius: Sociological Research for a Dynamic World."

The researchers surveyed 800 people who were recruited online and read news reports based on the August 2017 protests in Berkeley and Charlottesville, with elements of the articles fabricated for experimental control.

When the article was about the anti-racist group alone being violent, participants found them to be less reasonable and often increased their support for the white nationalists the protesters were violent against.

On the other hand, when the article was about white nationalists being violent, it did not lead to overall increased support for the anti-racist movement.

Willer said in a statement that the research showed "an interesting asymmetry in the likely consequences of violent protest" since the white nationalists were already widely despised and known for violence so they have little to lose if they draw aggression from the anti-racist protesters.

He said he hoped the findings help activists understand the value of ensuring that protests remain peaceful.

"It is important to acknowledge limitations of our work," Willer said. "Violence cannot always be avoided, such as when it is used in self-defense. But our results do fit well with other work suggesting that violent activism typically turns people off, including potential supporters, and that it builds opposition to those who use it."