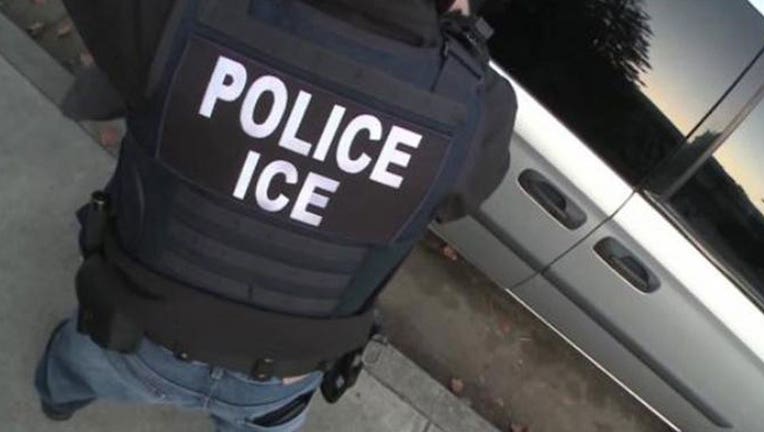 SACRAMENTO, Calif. - A California bill that would have closed some loopholes in the state's sanctuary law has been put on hold.

On Friday, the VISION Act, or AB 937, became a "two-year bill" meaning it did not die, but will resume moving through the legislative process in January 2022.

Immigrant rights advocates explained that the bill had the support of a majority of Democratic senators but a handful of legislators reneged on their commitment to support in the wake of a misleading attack from a small number of police lobby groups, sparking at least four community-led protests in Orange County, Vallejo, Los Angeles, and Riverside.

As the 2017 law is currently written, the idea of "sanctuary" does not apply to people convicted of 800 different crimes, meaning local police can still assist ICE in detaining and deporting certain people. The list of exempted crimes included both misdemeanors and felonies, some drug offenses, arson, registered sex offenses and domestic violence.

In addition, the current sanctuary law exempts the California Department of Corrections and Rehabilitation – the state's prison system – meaning that those incarcerated in prison can be deported upon release from custody.

But the bill had faced increasing pushback from law enforcement.

Chris Catren, vice president of the California Police Chiefs Association, said in a statement that AB 937 "goes too far and endangers all of our communities."

The bill, in his opinion, would remove law enforcement’s ability to partner with federal agencies on international "anti-human trafficking and terrorist task forces."

That would make it hard for police to keep those convicted of sex crimes, murder, rape, torture and kidnapping from being released on California’s streets, Catren said.

"This proposed legislation puts local law enforcement in a no-win situation, having to choose between state and federal laws," PORAC wrote in a statement to lawmakers.

What police don't seem to mention or care about, is that all these people have already served their time and eligible for release, said Angela Chan, a senior staff attorney for Advancing Justice-Asian Law Caucus and a proponent of the bill.

Chan's group also works closely with ICE out of California.

Organizers there noted how close they came to "ending the double-punishment of immigrant community members by getting a bill with no cruel carve-outs one step from the Governor’s desk."

They noted that because the bill isn't moving forward, a "painful reality remains. Families across the state will continue to experience the anguish of having long-awaited reunions with loved ones broken up outside the prison gates, with community members who have earned their release taken to potentially deadly ICE detention."