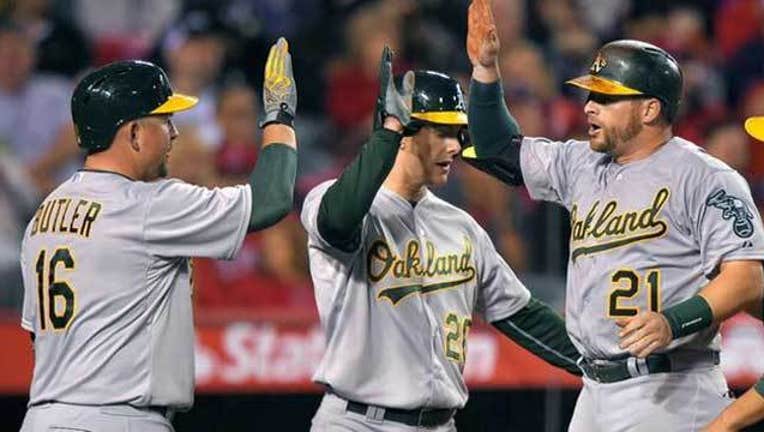 Oakland right-hander Kendall Graveman was staked to a 5-3 lead in his third major league start, but lasted just three-plus innings. Manager Bob Melvin pulled him after he walked Erick Aybar and C.J. Cron to open the fourth and ran his pitch count up to 73.

Dan Otero (1-1) retired the next three batters and gave up just one hit over a career-high four innings. He has not allowed a run in 13 career appearances against the Angels, spanning 19 2-3 innings.

Tyler Clippard got the last three outs for his first American League save and 35th of his career.Shoemaker (2-1) threw 68 pitches in three-plus innings, giving up five runs and seven hits.