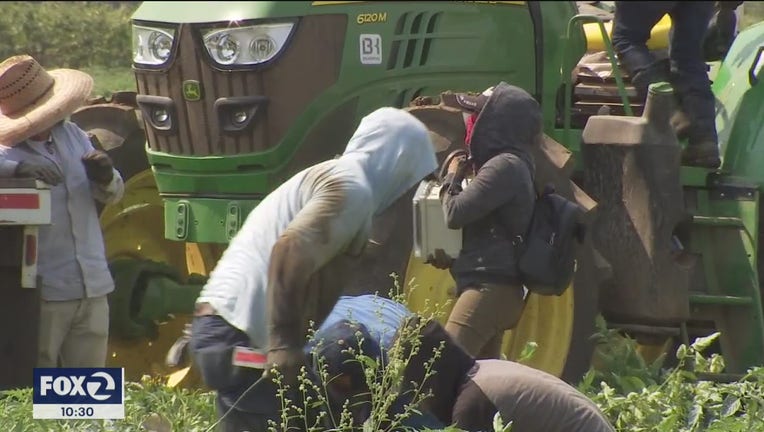 Half Moon Bay, California - It's the time when many Latin Americans celebrate Las Posadas, an extended period of devotional prayer, lasting until Christmas Eve.

For many farmworkers, the "Season of Peace" is a very lonely time. But, one Bay Area volunteer charity made Wednesday not just 'hump day' but 'hope day.'

Cesar Chavez put into one sentence John Steinbeck's entire Grapes of Wrath novel saying: "It’s ironic that those who till the soil, cultivate and harvest the fruits, vegetables, and other foods that fill your tables with abundance have nothing left for themselves."

"A lot of the farmworkers are away from home, and they're working very long hours; 40 to 70 hours a week… even though they're working full time, they're practically living like they're homeless, and they don't even have extra food sometimes…they're making the food and they don't have food themselves," said Farmworker Caravan founder Darlene Tenes.

On Wednesday, that was not to be an issue thanks to the hundred volunteers of the Farmworker Caravan who worked two days to make thousands of traditional tamales.

That labor of love was delivered, farm to farm, with love, songs, music, presents, and 3,000 traditional tamales, in the fields around Half Moon Bay, where Tenes say they only earn $18,000 to $24,000 a year for themselves and their families.

The farmworkers were stunned.

"There is not a single person in America that does not benefit from a farmworker," said Tenes.