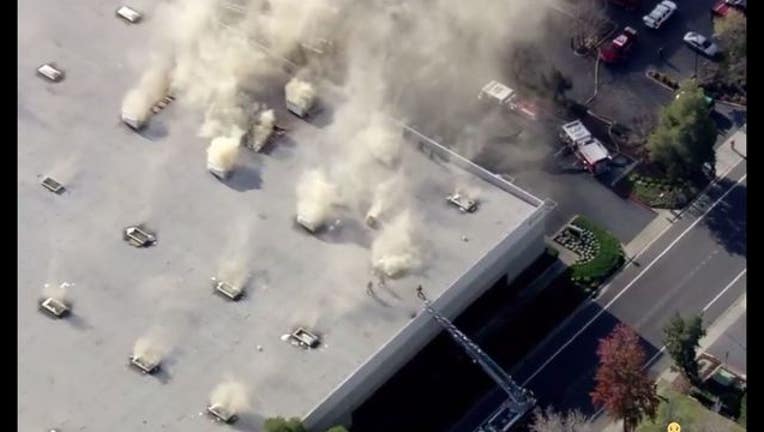 As of 10:15 a.m., the fire was reported in the 6000 block of Las Positas Road, Livermore-Pleasanton fire officials said.

According to Yelp, the location was once the home of Golden Bear Packaging.

Fire officials said that there are no reports of any injuries.