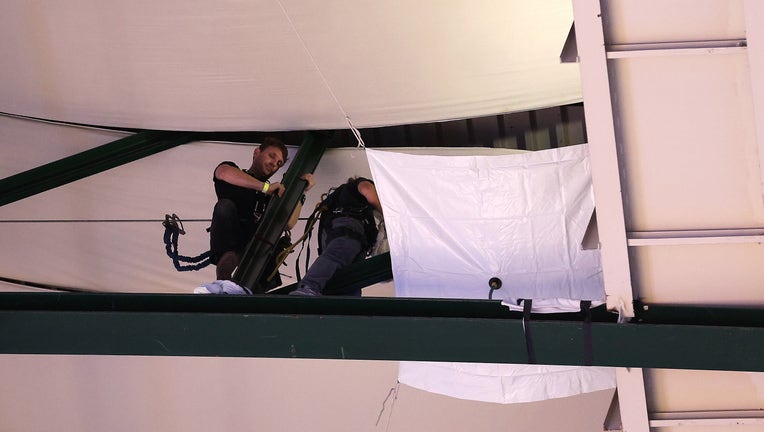 DALLAS, TEXAS - MAY 24: Workmen install a tarp to collect water from a leak in the roof that delayed Game Four of the 2022 NBA Playoffs Western Conference Finals between the Golden State Warriors and the Dallas Mavericks at American Airlines Center o

DALLAS - The start of the second half of Game 4 of the Western Conference finals was delayed 16 minutes because of rain leaking through the roof at the American Airlines Center.

With heavy rain falling outside Tuesday night, there were at least two leaks. One dropped water near the Golden State bench. There was another leak at the end of the court where the Dallas Mavericks bench is, though water there appeared to be falling in the stands. Both teams had already warmed up for the second half before the leaks were noticed and workers went to try to patch the leaks. An extra five minutes was added for warmups.