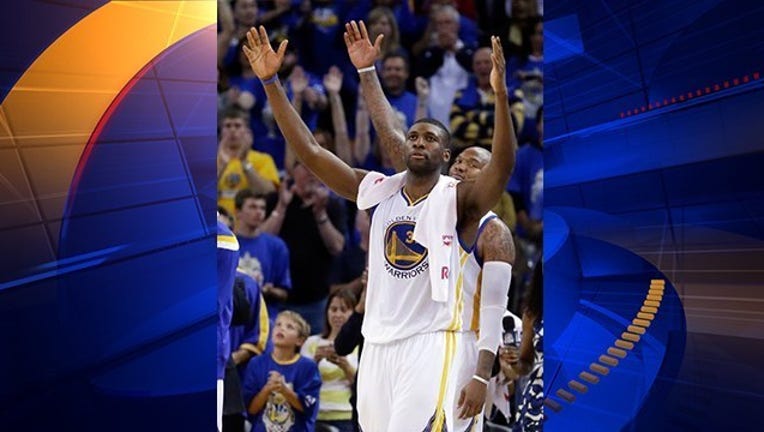 OAKLAND, Calif. (AP) — Klay Thompson scored 25 points before resting in the second half, and the Golden State Warriors wrapped up the best the regular season in franchise history with a 133-126 victory over the Denver Nuggets on Wednesday night.

Starters on both sides rested most of the game, with the Warriors tuning up for the playoffs and the Nuggets long out of contention. The biggest developments for Golden State, which secured home-court advantage throughout the playoffs a couple weeks ago, came on the out-of-town scoreboard.

The top-seeded Warriors (67-15) learned they'll face New Orleans in the first round after the Pelicans beat San Antonio to clinch a postseason berth. Game 1 of the best-of-seven series is Saturday in Oakland.

Denver (30-52) ended with a loss to the Warriors for the third straight season, including the first round of the 2013 playoffs. Melvin Hunt finished 10-13 as interim coach after Brian Shaw's dismissal, and he encouraged players to listen to the playoff chatter around the Warriors and use it as fuel moving forward.

"Our guys hear it, and it hurts. And I want it to hurt," Hunt said. "I want them to be deeply wounded by this so that when we come back next year I won't have to motivate them or get into a guy. They will do it themselves."

More than anything that happened on the court, the night brought finality to a season full of firsts and fun for the Bay Area's beloved NBA team.

The Warriors set franchise bests for wins (67), home wins (38) and road wins (28). Stephen Curry, a leading candidate for MVP, surpassed his own league-record for 3-pointers in a season by hitting 286 beyond the arc. And Steve Kerr won more games than any rookie coach in NBA history.

Even though the Warriors enter the playoffs as the top seed, they'll have their work cut out for them in a loaded Western Conference that includes No. 2 Houston, No. 3 Clippers, No. 4 Portland, No. 5 Memphis and No. 6 Spurs — the defending champions and a team that always give Golden State trouble. Dallas is seventh.

The Warriors have not reached the Western Conference finals since 1976. That came a year after the franchise won its only Bay Area championship.

Warriors: Forward David Lee sat out with a strained lower back. He is day to day. ... Golden State is the 10th team to win at least 67 games. ... The Warriors are the seventh team to win 38 home games.

Warriors: Home against New Orleans in Game 1 on Saturday.