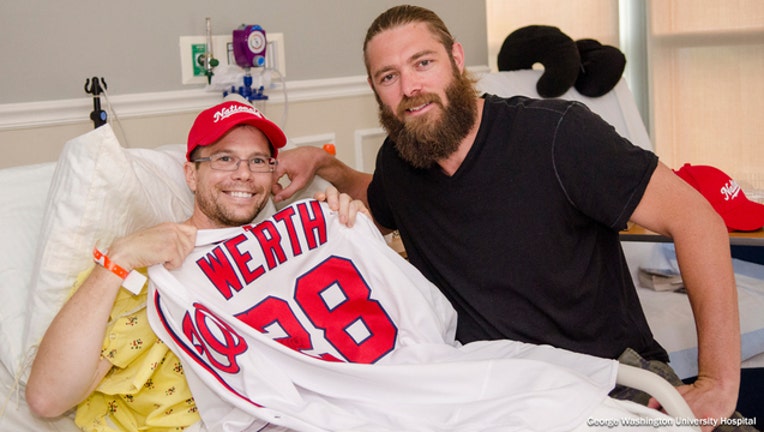 WASHINGTON - Matt Mika, one of the victims of the Alexandria shooting, was paid a visit by Washington Nationals outfielder Jayson Werth on Thursday.

Barth and Griner have already been released from the hospital. Scalise was moved out of the intensive care unit on Friday but remained in fair condition.

George Washington University Hospital said Mika was out of the intensive care unit and in good condition.

Hodgkinson was shot and killed during the incident. The FBI said its investigation had determined Hodgkinson acted alone and terrorism was not involved in the shooting.