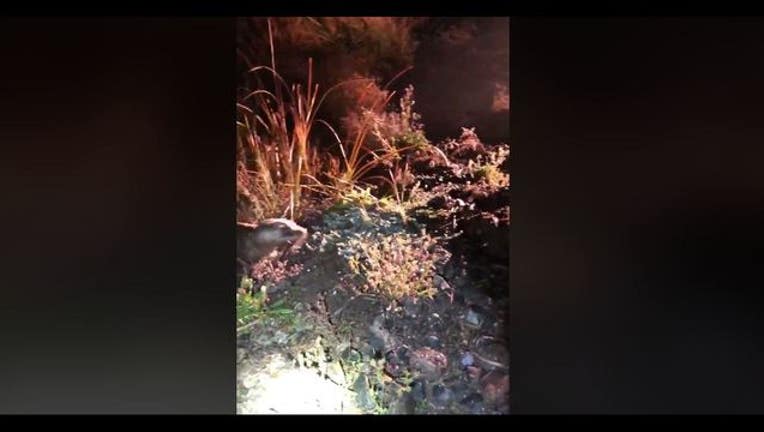 OAKLAND, Calif. (KTVU) - An unexpected guest arrived at the Oakland Airport Thursday morning during one of the busiest travel days of the year.

A sea lion pup was found roaming the airport grounds.

Alameda County deputies said they were able to release him back into the Bay, but he returned again.

So they called USDA wildlife services.

Responders said the seal was docile and appeared to be healthy.

Wildlife agents plan to rehabilitate him and get him back into the wild as soon as possible.