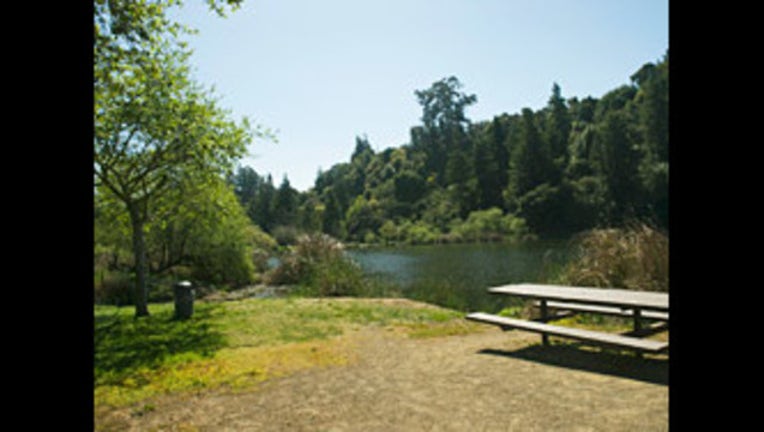 OAKLAND, Calif. - There has been another sewage spill into Oakland's Lake Temescal, which reopened just last week after a previous contamination, the East Bay Regional Park District announced.

Because the spills seem to come too often and too regularly, Park district spokesman Dave Mason said on Thursday that "it may become necessary for the park district to take legal action to protect the beloved lake for the community."

The lake will be closed to fishing until further notice. Swimming is not allowed now anyway because of COVID-19.

The latest spill was on Tuesday stemming from an Oakland pipe.

The previous toxic event occured in mid-May. In fact, there were three spills on the same day that allowed at least 9,500 gallons of sewage to flow into the body of water, according to the city and the park district. The city said the pipes have been clogged with wipes. Reports of the spills show that the pipes were clogged with tree branches.

"It is unacceptable that the city of Oakland sewer spills continue to impact recreational opportunities at Lake Temescal,"  the park district said in a statement. "The city of Oakland needs to prioritize and fix their sewer system. Sewer spills are a public health and safety issue."

The Department of Public Works spokesman did not immediately return a call for comment.

The district said that these ongoing sewer spills are also causing additional algae growth, which also impacts the overall health of the lake.

The San Francisco Bay Regional Water Quality Control Board is evaluating the situation.