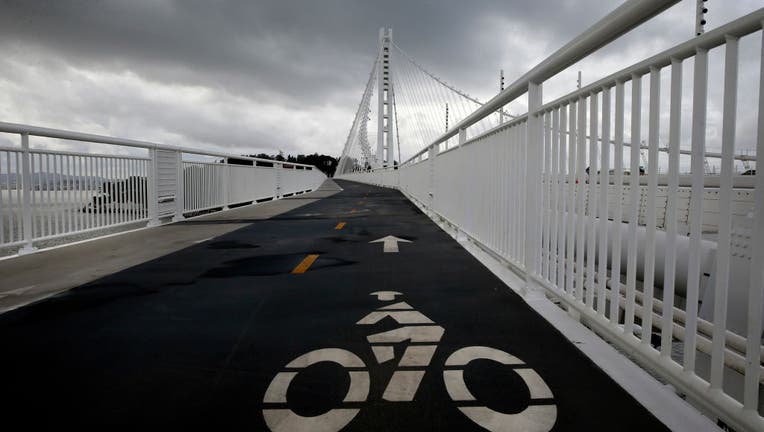 SAN FRANCISCO - Bicyclists on Wednesday will no longer be able to ride between the Bay Bridge and Treasure Island along Macalla Road during the week at least until spring.

That's because of construction underway, which is a project to realign Southgate Road, the critical connection between Interstate Highway 80 westbound and eastbound on- and off-ramps, and the I-80 eastbound off-ramp to Yerba Buena Island, according to the San Francisco County Transportation Authority. Treasure Island is the manmade neighborhood that is connected to Yerba Buena Island.

Bicyclists can still use the path on the bridge from Oakland to the vista point, where there is a bench and an overlook, on the San Francisco side and back.

The project is supposed to be done by April 2021.

Members of the group, Bike East Bay, are upset.

They point out that while the bike access is closed, the route will still be open to cars at a time when car traffic is down and "biking across bridges has never been higher."

Bike East Bay notes that since the shelter-in-place began, there has been a 77% increase Bay Bridge bike crossings. The closure means Bay Bridge riders and walkers can’t actually get to Yerba Buena Island.

The bike path at the touchdown on Yerba Buena Island will still be open on weekends and holidays. 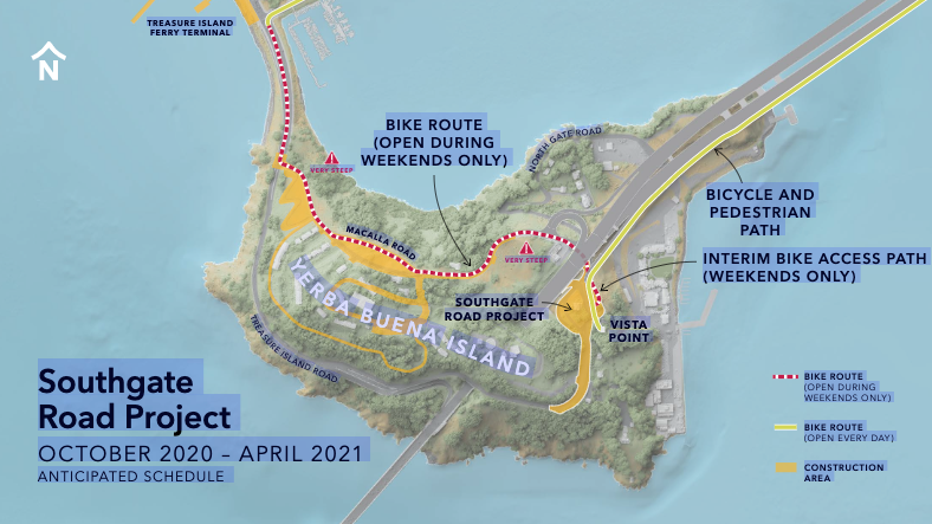