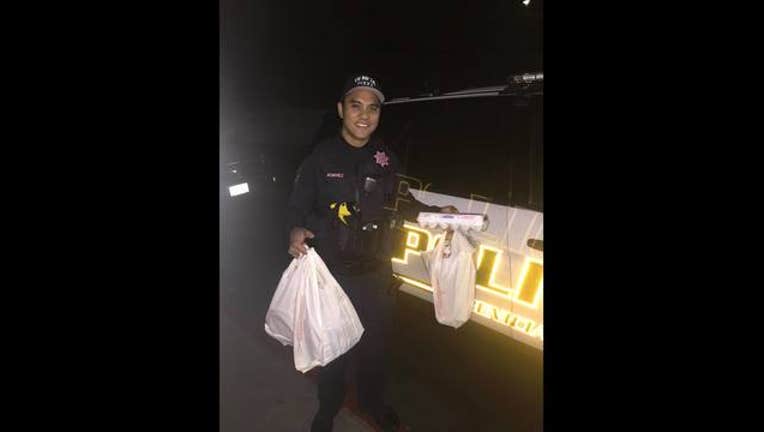 A routine welfare check by a Benicia police officer ended in a random act of kindness.

Benicia Police Officer Alvarez responded to the call Oct. 29 about an elderly woman whose family was unable to reach her.

Once he discovered the woman was OK, he made sure she was able to get in touch with her family.

The following week Officer Alvarez returned to the woman's home to see if she needed anything.

The woman uses a wheelchair and isn't able to leave her home. She relies on Meals On Wheels deliveries, so Officer Alvarez took it upon himself to go above and beyond the call of duty to bring her some additional items.

Officer Alvarez tells KTVU he did a grocery run - using his own money - for the woman and picked up some staples including “Milk, eggs, oatmeal, cereal, Ritz crackers, cream of chicken soups, and a few other items.”

When Officer Alvarez returned to the woman's home he recalls, she was “extremely thankful and surprised that I was willing to help her.”

Alvarez said he felt led to help the woman the woman that day. He adds the Police Officer’s Association loves to give back, and also has a fund set aside for similar situations.