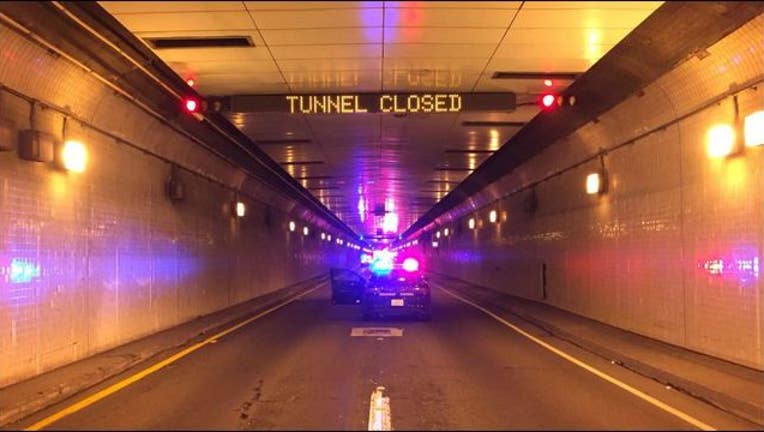 Two people were hospitalized with minor injuries after a multiple-car crash in the Caldecott Tunnel this morning, according to the California Highway Patrol.

A white Acura was traveling in the left westbound bore of state Highway 24 at about 11:15 a.m. when it had a flat tire. A second driver stopped behind it, and the Acura turned on its hazard lights.

Several cars then crashed into each other as they attempted to stop and avoid the Acura, according to the CHP.

The CHP closed the left bore at 11:32 a.m. and all traffic was rerouted to the right westbound bore.

A Sig alert was canceled at 12:14 p.m. when the left bore reopened.