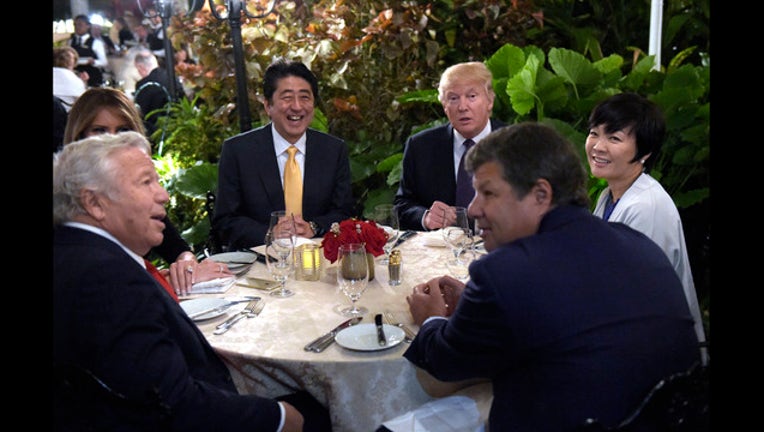 A White House spokesman says no classified material was discussed publicly at the Mar-a-Lago resort over the weekend.

Spicer says Trump was briefed before and after dinner Saturday. But he says that during dinner Trump and U.S. and Japanese officials were discussing plans for a press conference later that night.

Spicer says the activity at dinner was "literally a discussion of logistics."