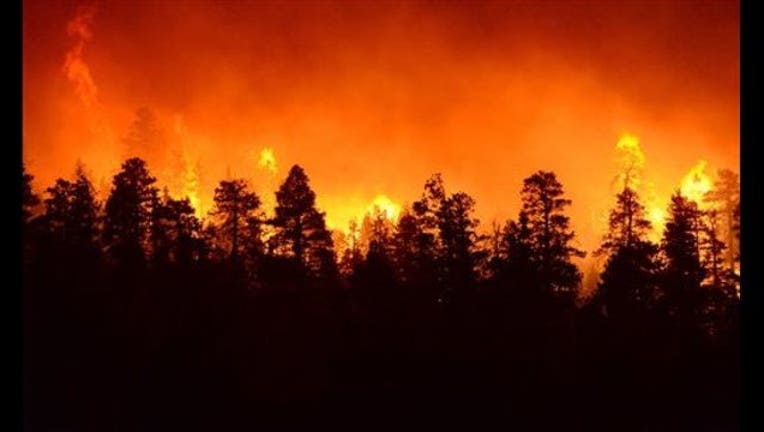 The fire burned off Route 120 in the farming community of Del Rio, which is southeast of Stockton on the main road between the Bay Area and Yosemite.

The fire started around 2 p.m. and mainly burned trees along the Stanislaus River.

About 100 people had to be evacuated.

Firefighters contained the fire around 9:30 p.m.

Meanwhile a wildfire is spreading in Southern California in the San Bernardino National Forest, near Big Bear Lake.

About 200 children were evacuated from summer camps, and other evacuations have been ordered.

Flames are threatening about 150 structures. Most of those structures are cabins.

A 74-year-old backpacker had to be rescued. The Pacific Crest trail is closed in the area.