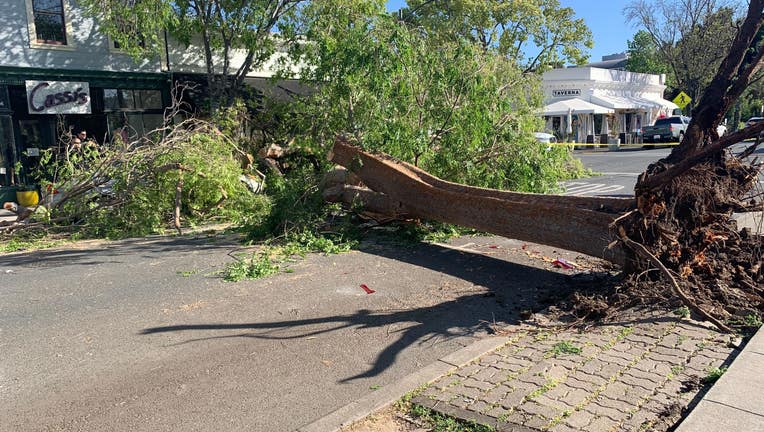 Strong winds were blamed for power outages affecting more than 9,000 PG&E customers in the Bay Area and an additional 14,000 across California on Monday.

The hardest-hit areas were the Peninsula and South Bay where 3,370 and 6,212 customers were respectively without electricity on Monday afternoon, according to PG&E. By 9 p.m. those numbers dropped to1,188 in the Peninsula and 2,496 in the South Bay.

In San Francisco, 1,687 PG&E customers lost power and across the North Bay counties, there were 1,568 waiting for service to be restored. The East Bay had 438 customers in the dark.

Statewide, there were 23,885 customers affected by the outages, PG&E said.

Strong, sustained winds were felt across the Bay Area on Monday. A wind advisory covering much of the Bay Area from Point Reyes National Seashore to the northern Monterey Bay and east to Santa Clara County and the East Bay valley was issued from 5:25 to 9:00 p.m. on Monday.

The wind appeared to cause other problems. A car was crushed by a tree that fell in Palo Alto on Monday.