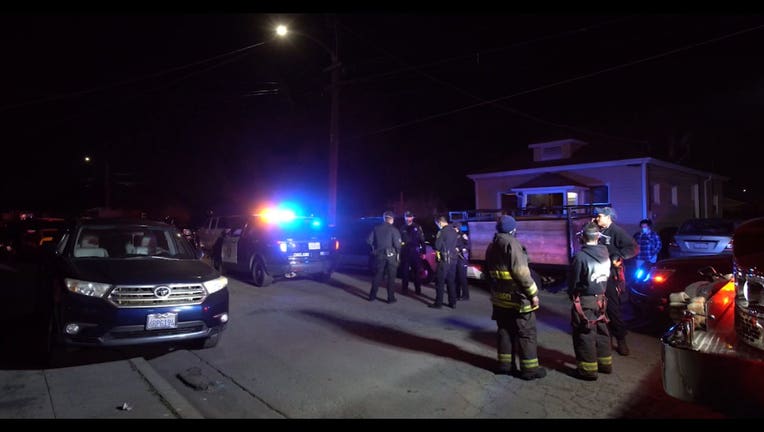 OAKLAND, Calif. - A homeless man was in critical condition Wednesday night after being set on fire, Oakland police and the fire department confirm.

Oakland Fire Department said a man was taken to the hospital Wednesday night with burns on the majority of his body. They say witnesses told them he was doused in gasoline and set on fire.

Police responded to 538 Douglas Avenue in the Brookfield Village area at 8:07 p.m. At around 8:15 p.m., the fire department received a call about a person on fire.

The department said when they arrived, a 56-year-old man was in a front yard being assisted by residents who were trying to extinguish the flames.

The man was taken to St. Francis Hospital’s burn unit in San Francisco with 2nd and 3rd degree burns to as much as 80% of his body.

Fire officials said he was alive during the transport, but that the next 24 hours were critical to his survival.

It is not clear what led up to the burn incident. Police are investigating the assault.

Anyone with information about it can call the Police Department's Felony Assault Unit at (510) 238-3426.