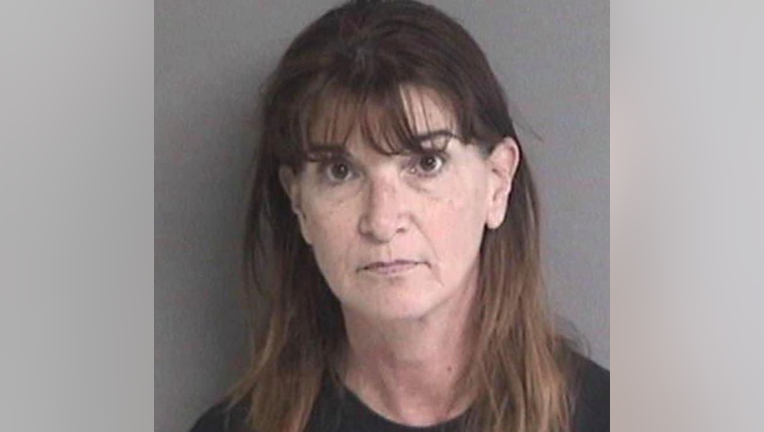 Lesa Lopez, 52, is accused of killing her newborn baby 32 years ago.

CASTRO VALLEY, Calif. (KTVU) - A 52-year-old woman is behind bars after authorities discovered through DNA evidence that she killed her newborn baby 32 years ago in Castro Valley.

According to the Alameda County Sheriff's Office, Lesa Lopez, who was 20 years old at the time of the incident, told investigators that she had hid her pregnancy from family and friends.

On May 15, 1988, at around 5:30 p.m. two juveniles were walking along Madison Avenue, just north of Seaview Avenue in Castro Valley when they made the grim discovery, authorities said.  At the top of an embankment of a nearby creek, amongst the trees and bushes, they found the newborn baby boy inside a bag.

The baby was pronounced dead. An autopsy later revealed the baby was alive at birth and was the victim of a homicide.  Without an identification, investigators referred to the victim as Baby John Doe.

After a follow-up investigation and several efforts to identify the mother and baby, the case went cold for 17 years, until 2005 when DNA evidence was identified from the crime scene by the ACSO Crime Laboratory, officials said.

A female DNA profile was identified and entered into the national Combined DNA Index System (CODIS), but there were no hits on a possible offender.  Investigators believed the unidentified DNA profile belonged to the mother of Baby John Doe, who was also a suspect in the case, the Alameda County  Sherrif's Office said.

In 2019, reopened the cold case and looked to Forensic Genetic Genealogy to help solve the case.

Investigators obtained a search warrant for Lopez's arrest on July 16. One week later, they contacted Lopez and she provided details on what happened on May 15, 1988.

She was subsequently arrested and charged with murder. She remains in custody at Santa Rita Jail.