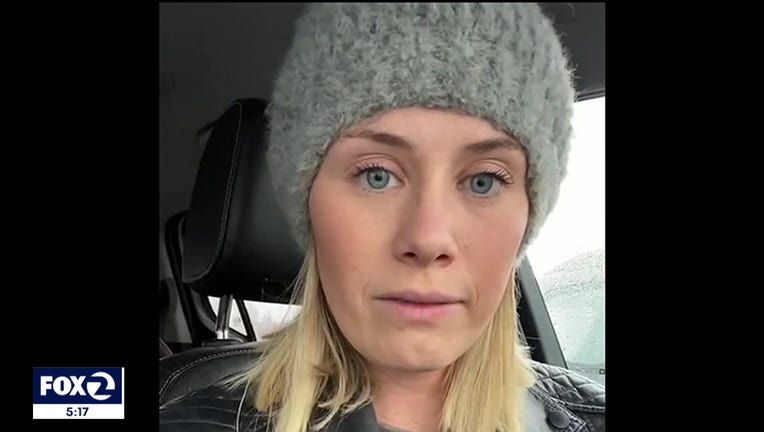 Petaluma police say that there is no evidence to support Katie Sorensen's wild claims made on Instagram that her children were targeted in an attempted kidnapping on Dec. 7, 2020.

PETALUMA, Calif. - A Sonoma County woman was charged with two misdemeanor counts of making a false report of a crime. An investigation concluded she made up a story that her children were victims of an attempted kidnapping by a couple at a Petaluma arts and crafts store last December.

Initially, Sorensen reported to police that a man and woman had followed her around a Micheal's store as she was shopping with her 4-year-old son and 1-year-old daughter. She posted to her Instagram account, apparently to "raise awareness."

As a result of her story, Petaluma police issued surveillance video of the couple the woman accused. However, the police investigation produced no evidence or witnesses corroborating Sorensen's account.

"Do you really think it's OK to go online and be racist and make stories about a family?" Sadie Martinez, the woman accused in the kidnapping, said at a rally several days after the false report was filed. "It's hard enough to be a Latin family in a white community."

At the time Martinez said she wanted Sorensen to be prosecuted for filing a false police report.