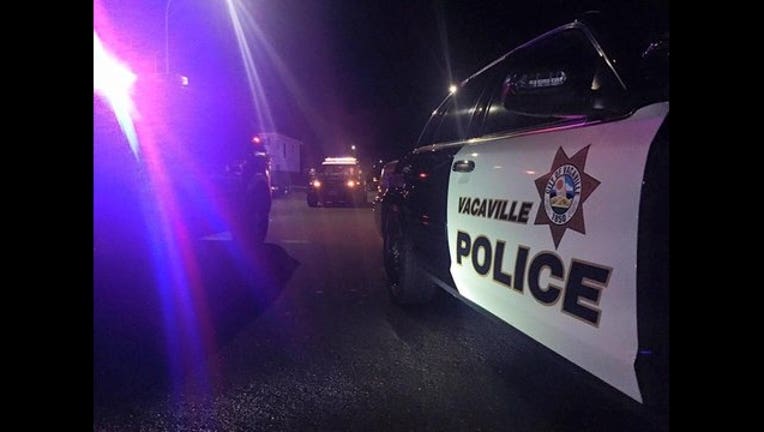 Police respond to a house fire and stabbing in Vacaville Monday evening.

VACAVILLE, Calif. (KTVU) - Police in Vacaville responded to a stabbing and structure fire at the 1200 block of Alderwood Way on Monday night.

The fire began around 6:40 p.m. Police said two people were found in the driveway with stab wounds; a 43-year-old woman and a 16-year-old girl.

They have been transported to a local hospital with non-life threatening injuries, police said. They also located a 4-year-old child with burn injuries. The child was taken to a burn unit in Sacramento.

KTXL Fox 40 reported as many as four children were inside the home.%INLINE%

Police have identified 37-year-old Nathaniel Holland as the suspect. He was reported dead on Tuesday morning, after being shot to death in a hail of gunfire by a Fairfield police officer, the police said in a statement.

A dog from the K-9 unit was also stabbed and is being treated at a veterinary hospital.