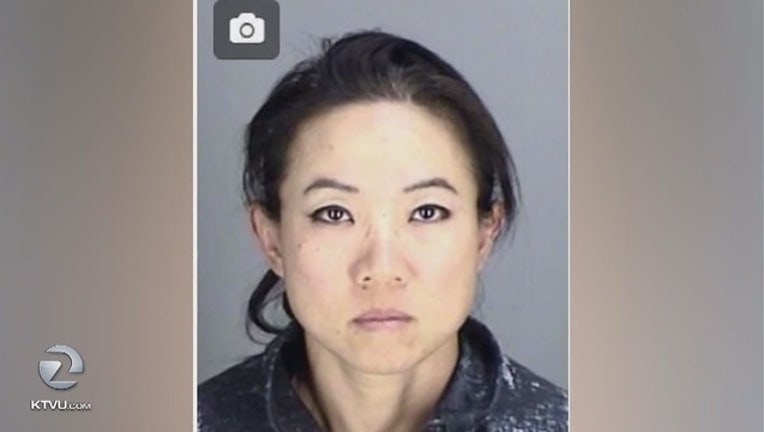 Hang Thuy Ha, 47, has been charged in a fatal hit and run in Napa that killed a pedestrian.

NAPA (BCN) -- Napa County prosecutors announced today they have charged a Napa woman with the fatal hit-and-run death of a pedestrian in Napa last week and her husband as an accessory to the offense.

Lynch was struck by a white 2005 Cadillac Escalade on Redwood Avenue west of Solano Avenue around 9:20 p.m. last Thursday. He suffered spine, neck and pelvis fractures and died around 2:10 a.m. Monday.

Witnesses said the female driver stopped and got of out the car, then got back in and drove away, Napa police Lt. Brian Campagna said.

Napa police identified Ha as the driver and Santa Rosa police determined she was in Santa Rosa on Sunday and arrested her around 5:50 p.m. that evening in a vehicle. She was booked into Napa County Jail under $1
million bail.

The fatal hit-and-run is still under investigation to determine if additional charges are warranted, according to the district attorney's office.