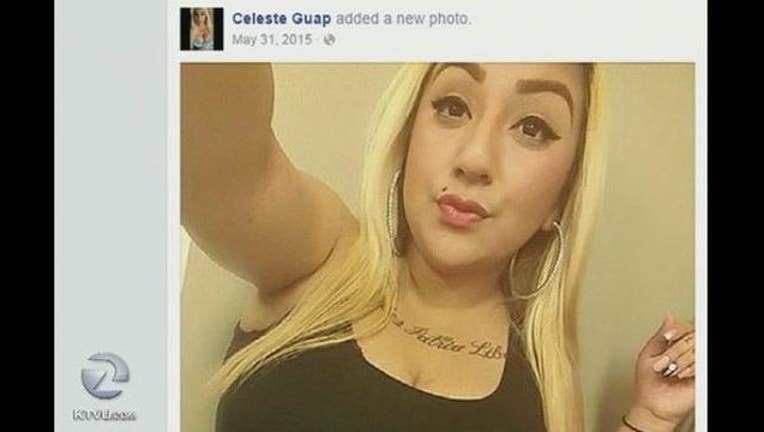 This woman, who calls herself Celeste Guap and is a self-described call girl, is going to rehab.

The woman -- Guap is not her real name -- confirmed in a text to KTVU crime reporter Henry Lee that she will undergo treatment in Florida for substance abuse and sex addiction. She also says the Richmond Police Department is picking up the tab. The department isn't commenting.

Guap says she had sexual relations with officers from a number of Bay Area police departments, including Oakland, Richmond and San Francisco police and the Alameda and Contra Costa County sheriff's departments.

Guap turns 19 this month, but some of the alleged interactions happened while she was underage.

The scandal broke wide open in May when it was revealed that an Oakland police officer had shot and killed himself in his apartment in September 2015. Sources say he left a note that referred to Guap and other officers. Guap is the daughter of an Oakland police dispatcher.

Several Oakland police officers and a Contra Costa County sheriff's deputy have resigned. An Alameda County district attorney's inspector, who was a former Oakland police captain, was removed from his job amid allegations that he had improper online contact with Guap.

Several Richmond officers are under investigation, and one of them remains on leave.

The scandal ultimately led to the ouster of Oakland Police Chief Sean Whent over his alleged mishandling of the internal investigation.