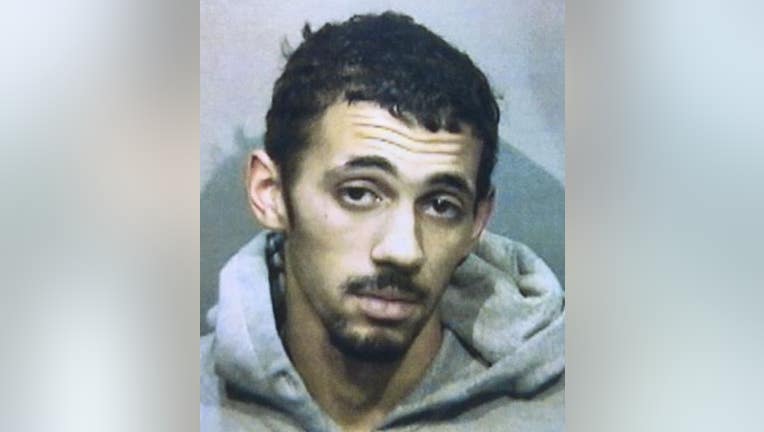 DUBLIN, Calif. - A woman who was fatally shot by her ex-boyfriend when she allegedly broke into his Dublin home with an armed male accomplice on Wednesday night was identified by police and the Alameda County coroner on Friday as 28-year-old Adrianna Marie Navarro of Vallejo.

Dublin police say they believe Navarro's ex-boyfriend acted in self-defense after Navarro and her male accomplice, identified on Friday as 28-year-old Rickey Tyrone White Jr., 28, of Vallejo, attempted to assault him at his home in the 3400 block of Monaghan Street in Dublin at about 11:30 p.m. on Wednesday.

Dublin police Capt. Nate Schmidt said in a news release that the man who lives at the house told investigators that he was asleep when he awoke to banging on his front door.

When the man opened the door he was confronted by Navarro and White, who was pointing a gun at him, according to Schmidt.

Navarro and White tried to assault her ex-boyfriend so he fired his own gun at them in self-defense as he fled his home and called police, Schmidt wrote.

Navarro was pronounced dead at the scene and White was treated at a local hospital for wounds that weren't life-threatening, according to Schmidt.

Police said White has been released from the hospital and is the process of being booked into the Santa Rita Jail in Dublin on suspicion of murder, attempted murder and home-invasion robbery.

The Alameda County District Attorney's Office will decide next week whether to file charges against White.

Under the provocative act doctrine, White could be charged with murder for Navarro's death even though he didn't fire the shot that killed her.

The doctrine applies when someone commits a dangerous act, such as firing or brandishing a gun, that provokes someone into killing someone else.