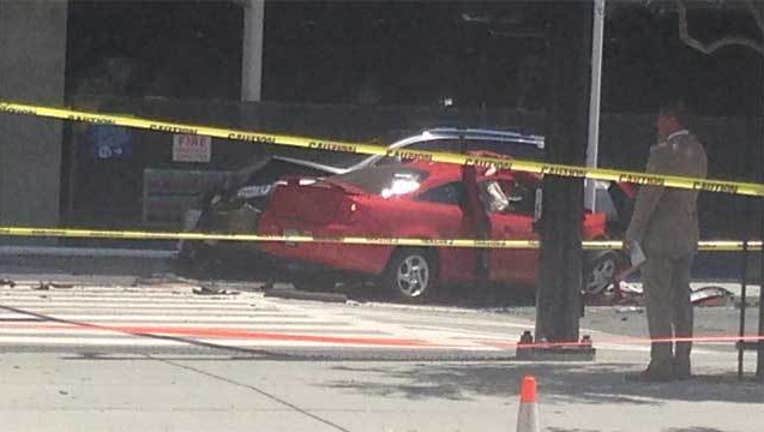 Around 10:30 a.m. last Wednesday, officers responded to a report of a crash at the airport's Terminal B, San Jose police Officer Albert Morales said.

Ribeiro was driving a red two-door Pontiac and sped into a silver Audi SUV that was turning left into a parking structure, Morales said.

Ribeiro was pronounced dead at the scene. Five people in the Audi, including an infant, were transported to a hospital for injuries not considered life-threatening, Morales said.