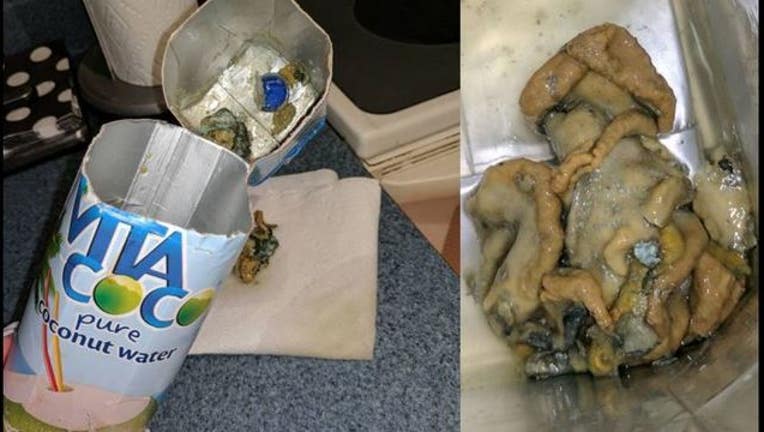 FOX NEWS - Barbara Kline, a mother-of-two, reportedly suffered sickness and diarrhea for days after finding a slimy, mystery mass in a bottle of coconut water.

The nurse from Goshen, N.Y., posted a picture of the stomach-churning discovery on Facebook and said she had accidentally swallowed some. “I still can’t believe this I’m so disgusted it’s the only water I ever drink I will never in my life drink it again … It looks like a freaking octopus just looking at it makes me sick,” she wrote in the furious caption.

A spokesman for Vita Coco said they are investigating, The Sun reported. We have been in touch with the consumer, Barbara Marie, multiple times since April 26, 2017. “We take all consumer inquiries and product quality issues very seriously, and as a global brand have protocols to properly investigate quality inquiries." Read the full statement here.