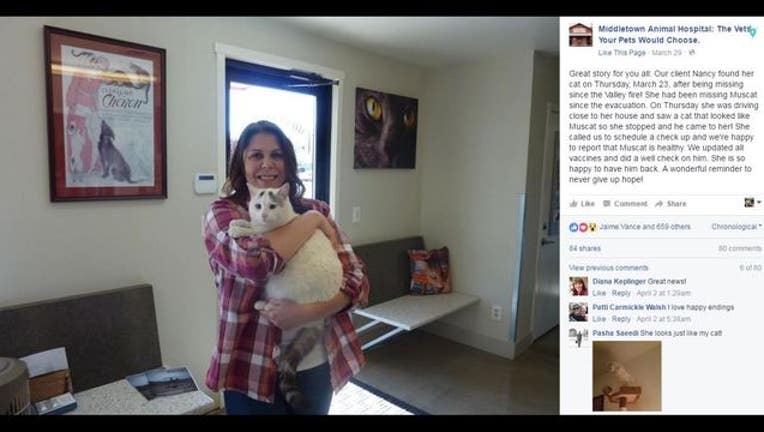 LAKE COUNTY, Calif. (KTVU) - A Lake County woman has been reunited with her cat, six months after they were separated by the Valley Fire.

The Middletown Animal hospital posted this photo of a woman named Nancy and her cat, Muscat.

The cat went missing during the fire evacuations.

The cat underwent a checkup, and is doing well.