Most people want to turn heads on Halloween with a terrifying costume. For one woman, the nightmare became reality when she was rushed to the emergency room after the colored contact lenses she bought for the occasion nearly blinded her.

CLEVELAND - Most people want to turn heads on Halloween with a terrifying costume. For one woman, the nightmare became reality when she was rushed to the emergency room after the colored contact lenses she bought for the occasion nearly blinded her.

While vampire or zombie eyes can cause quite the fright, nothing is as terrifying as the potential eye infections and permanent vision loss the themed accessories can sometimes cause.

When Mamie Gaye, of Cleveland, Ohio visited a local beauty shop for a pair of colored contacts, she was not ready for the real-life horror that was about to unfold, according to the American Academy of Ophthalmology.

There was no indication that Gaye needed any form of prescription for the blue contact lenses she purchased. It only took one week of wearing them for her eyes to burn, turn red and become extremely sensitive to light.

She eventually went to the emergency room to get them removed, terrified of going blind. Luckily for her, a few days of antibiotic eye drops was all that was needed for the scratches on her eyes to heal.

"My advice to friends is to never buy contact lenses without a prescription, no matter how beautiful you think they will make you," Gaye said. "It's not worth it.“

In a press release by the American Academy of Ophthalmology, the organization warned that poorly fitted contact lenses can easily scrape the cornea, which is the outer layer of the eye, making the eye more vulnerable to infection-causing bacteria and viruses.

The academy said that costume contact lenses are often sold at gas stations, costume shops, corner stores and online — even though it is illegal to sell non-prescription contact lenses. 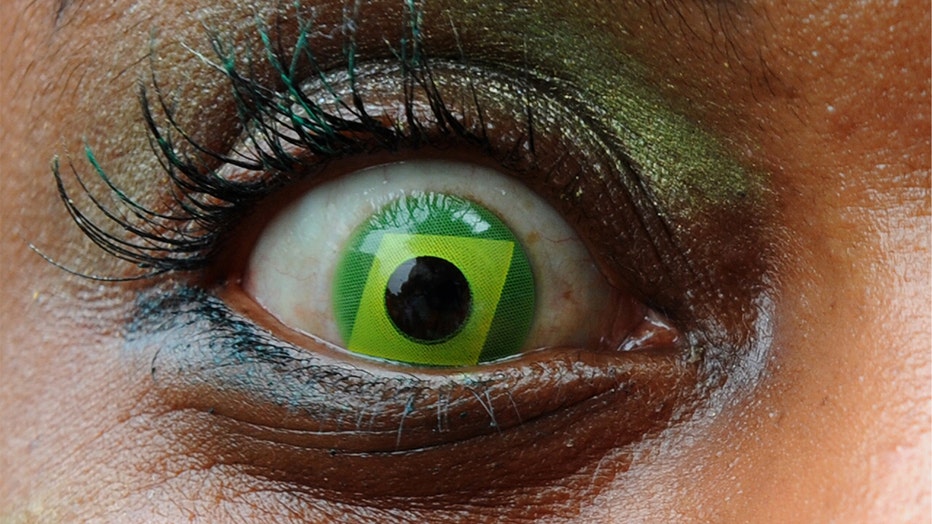 "The FDA oversees the safety and effectiveness of all contact lenses because they are a medical device, even the ghoulish ones people wear on Halloween," said Thomas L. Steinemann, M.D., a clinical spokesperson for the American Academy of Ophthalmology. "It's important that you use only FDA-approved lenses prescribed for your eyes."

Gaye was lucky. In most cases, an infection from a scraped cornea requires a corneal transplant in order to restore vision. In some extreme cases, permanent blindness can occur.